Though C++ is the dominating language in the competitive programming universe, there is a fair share of users who still continue to use Java. If you are comfortable with Java and want to pursue Competitive Programming with it, here’s how to set up your environment on your local computer. As an editor, we will be using one of the most popular code editors of today i.e. VS Code.

Follow the standard steps sequentially to set up. There are 4 steps to be followed as follows:

Now we will be digging down to each step alongside visual aids right from the starting to get absolutely clear understanding geek as they last longer.

Step 1: Install VS Code and set up JDK

Snippets are very useful to quickly insert a large amount of pre-written code that you use frequently. Since the input and output code will be used for every competitive programming problem, a snippet will be extremely helpful to our cause.

To set up a snippet, observe the following steps: 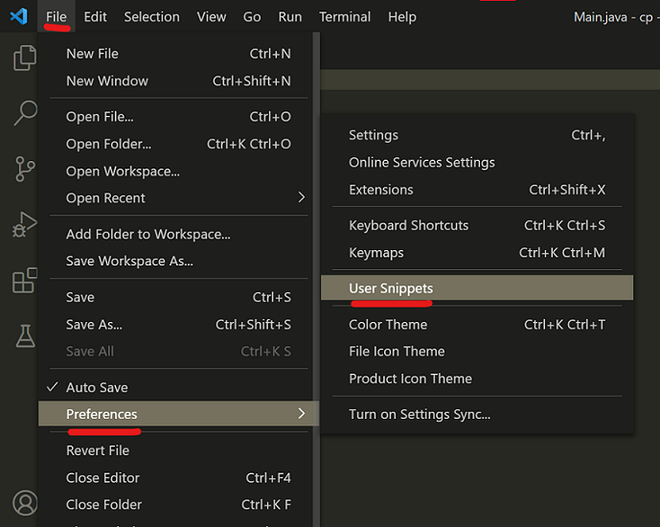 2.2 Select java.json from the succeeding drop-down box as shown below.

2.3 You will find VS Code already provides a rough guide on how to create a custom snippet. The text should look something like this :

// Place your snippets for java here. Each snippet is defined under a snippet name and has a prefix, body and

// description. The prefix is what is used to trigger the snippet and the body will be expanded and inserted. Possible variables are:

2.4 Below the given comments and inside the curly braces, paste the following code:

Tip: When the snippet is implemented in your program, it appears in an unformatted and un-indented form. To quickly format it, press Shift + Alt + F.

Step 3: Setting up your input and output files.

During competitions, it is easier to paste a large input and read the corresponding output from files rather than manually entering input in your terminal window. Therefore, we will set up an input and output file. The steps to take so are as follows:

We need to look closely at the following code snippet to get to know how the try/catch block works here which is provided below in the example.

Explanation of the above snippet is as follows:

Now, that all the necessary files have been created, let us set up our coding environment: 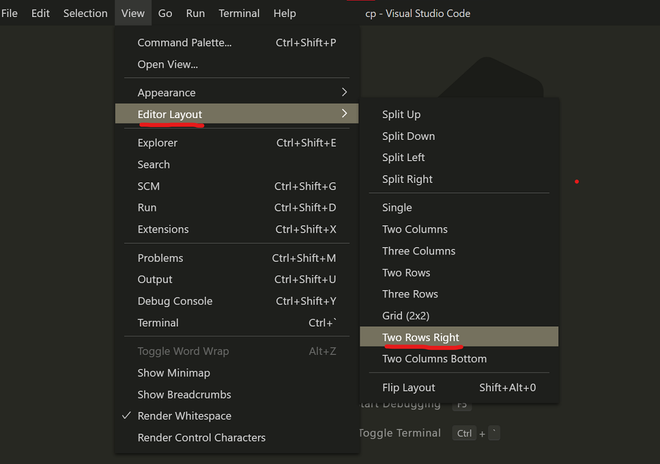 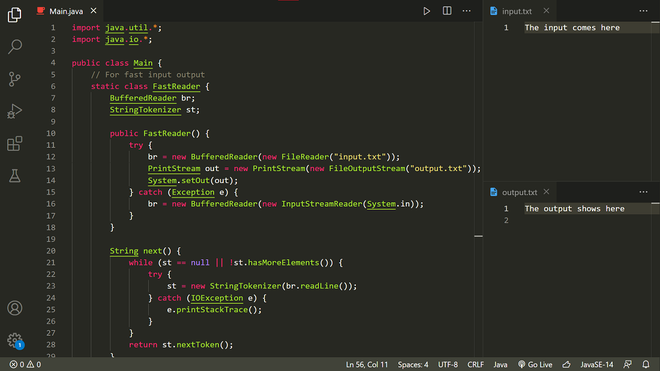