A wave is a propagating dynamic disturbance (change from equilibrium) of one or more quantities in physics, mathematics, and related subjects, commonly described by a wave equation. At least two field quantities in the wave medium are involved in physical waves. Periodic waves occur when variables oscillate periodically around an equilibrium (resting) value at a specific frequency. A traveling wave occurs when the entire waveform moves in one direction; a standing wave occurs when two superimposed periodic waves move in opposite directions. The amplitude of vibration in a standing wave features nulls at some points when the wave amplitude seems reduced or even zero.

A wave is a disturbance in a medium that transports energy without causing net particle movement. Elastic deformation, pressure variations, electric or magnetic intensity, electric potential, or temperature variations are all examples. 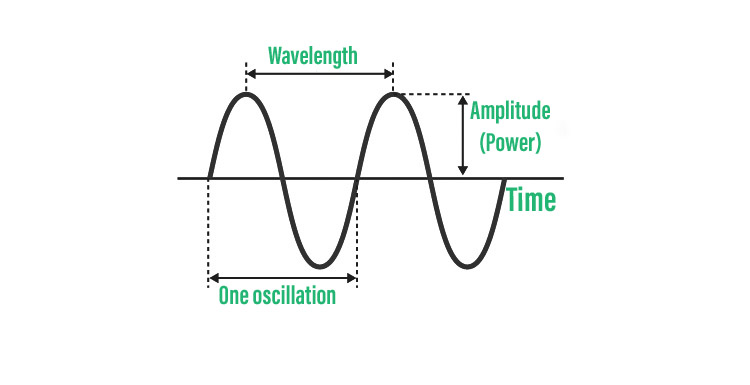 Waves include the following characteristics:

The several forms of waves are listed here:

Waves in which the medium moves at an angle to the wave’s direction.

A crest is the highest point of a transverse wave. It’s a trough at the bottom.

The movement of the particles in the medium in a longitudinal wave is in the same dimension as the wave’s movement direction.

These are waves that are produced and propagated without the use of a material medium, i.e., they can pass through vacuum and any other material medium. 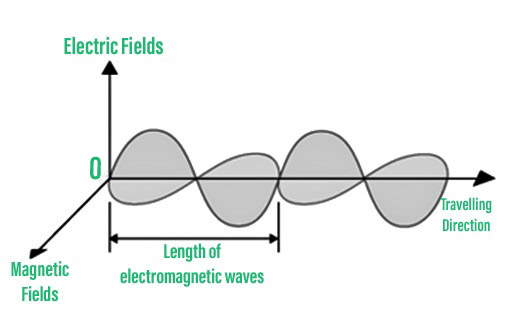 Only a material medium can produce or propagate mechanical waves. Newton’s equations of motion apply to these waves.

Mechanical waves are of two types:

These waves are linked to the movement of matter particles.

Formula for Speed of Wave

It’s the entire distance a wave travels in a particular amount of time. The formula for calculating wave speed is as follows:

The following are the primary characteristics of waves:

The frequency’s reciprocal is the period, and vice versa.

Problem 1: In a specific medium, a wave travels at 900 meters per second. Calculate the wavelength of a specific point in the medium if 3000 waves pass through it in 2 minutes.

Problem 2: What distinguishes the roar of our national animal from that of a mosquito?

Problem 3: Is it feasible to tell when a vessel maintained beneath the faucet is going to overflow?

The length of an air column is inversely related to the frequency of the note it produces. The length of the air column above the vessel reduces as the level of water in the vessel rises. It generates a sound with a decreasing frequency, i.e. the sound gets shorter. It is possible to determine whether the vessel is filled with water based on the shrillness of the sound.

Problem 4: The bottom of a ship in the sea shoots SONAR waves straight down into the saltwater. After 3.5 s, the signal reflects off the deep bottom bedrock and returns to the ship. When the ship reaches 100 km, it transmits another signal, which is received after 2 s. Calculate the depth of the sea in each example, as well as the height difference between the two.

Problem 5: Why does a tone sound louder in an empty room than in a room with furniture and other objects?

Sound is an energy form. The majority of the energy is absorbed by the furniture that acts as an obstruction. As a result, the strength of sound decreases, yet in an empty room, the intensity of sound remains relatively constant due to the absence of impediments, and we perceive it as louder.