The key concepts of swarm mode

How does Docker swarm work?

When you want to deploy a container in the swarm first, you have to launch services. Service consists of multiple containers of the same image. These services are deployed inside a node so to deploy a swarm at least one node has to be deployed. As you see below diagram the manager node is responsible for the allocation of the task, dispatch the tasks, and schedule the tasks. API in the manager is the medium between the manager node and the worker node to communicate with each other by using the HTTP protocol. The service of one cluster can be used by the other. All the execution of the task is performed by the worker node. 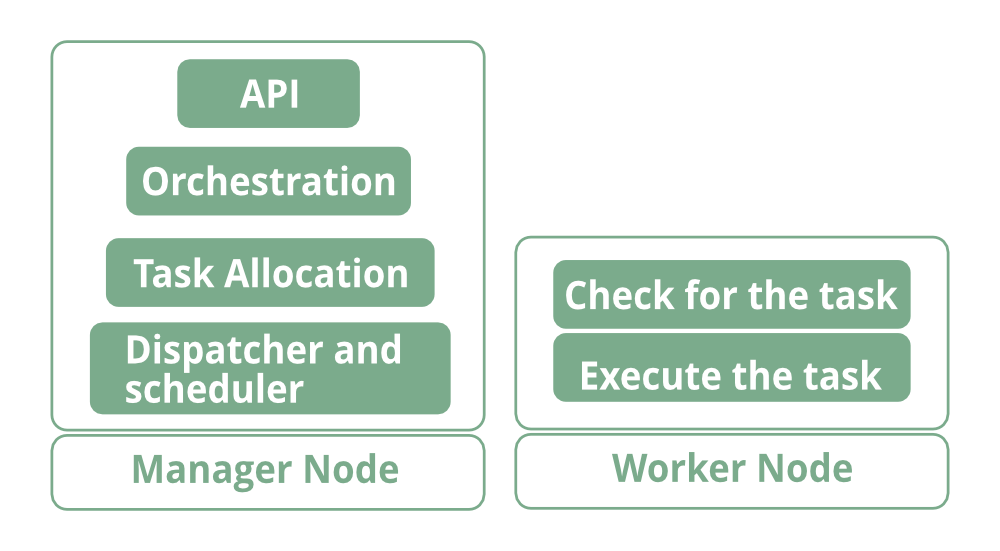 docker swarm init: This command is used to initialize the swarm.

docker swarm join : By using this command you can join a node to a swarm. The node joins as a manager node or worker node based upon the token you pass with the –token flag.

docker service create: This is a cluster management command, and must be executed on a Swarm manager node.

docker service inspect: This command is used to inspect the particular service and all the details will display in JSON format.

docker service ls: This command is used to see the complete list of all the services in that network.

docker service rm: This command is used to remove the specific service you want to remove.