1. TCP/IP(Transmission Control Protocol/ Internet Protocol): These are a set of standard rules that allows different types of computers to communicate with each other. The IP protocol ensures that each computer that is connected to the Internet is having a specific serial number called the IP address. TCP specifies how data is exchanged over the internet and how it should be broken into IP packets. It also makes sure that the packets have information about the source of the message data, the destination of the message data, the sequence in which the message data should be re-assembled, and checks if the message has been sent correctly to the specific destination. The TCP is also known as a connection-oriented protocol. 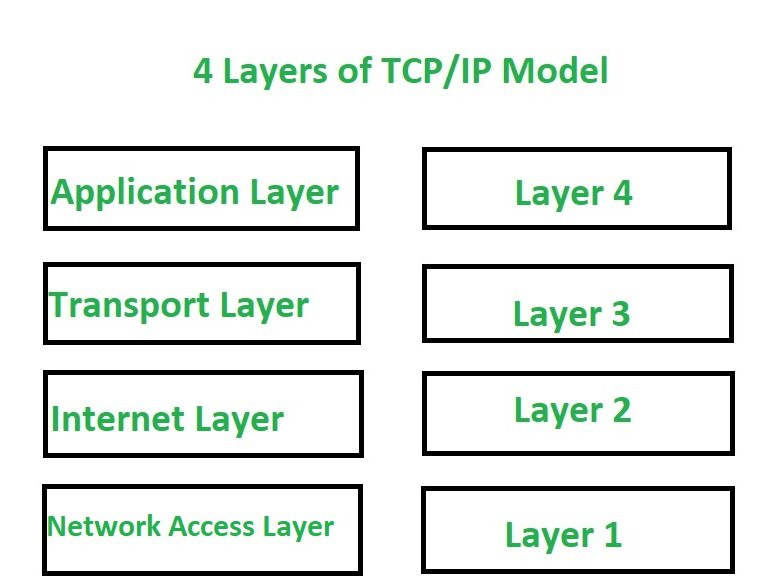 2. SMTP(Simple Mail Transfer Protocol): These protocols are important for sending and distributing outgoing emails. This protocol uses the header of the mail to get the email id of the receiver and enters the mail into the queue of outgoing mails. And as soon as, it delivers the mail to the receiving email id, it removes the email from the outgoing list. The message or the electronic mail may consider of text, video, image etc. It helps in setting up of some communication server rules.

6. HTTP(Hyper Text Transfer Protocol): This protocol is used to transfer hypertexts over the internet and it is defined by the www(world wide web) for information transfer. This protocol defines how the information needs to be formatted and transmitted. And, it also defines the various actions the web browsers should take in response to the calls made to access a  particular web page. Whenever a user opens their web browser, the user will indirectly use HTTP as this is the protocol that is being used to share text, images, and other multimedia files on the World Wide Web.

Previous
GeeksforGeeks School
Related Articles
1. Downloading and Uploading Files from Internet
2. How to Browse the Internet Safely?
3. What is Internet? Definition, Uses, Working, Advantages and Disadvantages
4. How to Communicate Safely over Internet?
5. Internet and its Services
6. What is Internet Trolling and How to deal with it?
7. Introduction to Internet
8. Difference between fundamental data types and derived data types
9. Data types in Java
10. Types of Exception in Java with Examples
Article Contributed By :