Kubernetes is an open-source Container Management tool that automates container deployment, container scaling, descaling, and container load balancing (also called a container orchestration tool). It is written in Golang and has a vast community because it was first developed by Google and later donated to CNCF (Cloud Native Computing Foundation). Kubernetes can group ‘n’ number of containers into one logical unit for managing and deploying them easily. It works brilliantly with all cloud vendors i.e. public, hybrid, and on-premises. 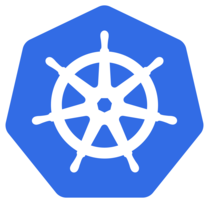 Kubernetes is an open-source platform that manages Docker containers in the form of a cluster. Along with the automated deployment and scaling of containers, it provides healing by automatically restarting failed containers and rescheduling them when their hosts die. This capability improves the application’s availability.

Kubernetes follows the client-server architecture where we have the master installed on one machine and the node on separate Linux machines. It follows the master-slave model, which uses a master to manage Docker containers across multiple Kubernetes nodes. A master and its controlled nodes(worker nodes) constitute a “Kubernetes cluster”. A developer can deploy an application in the docker containers with the assistance of the Kubernetes master. 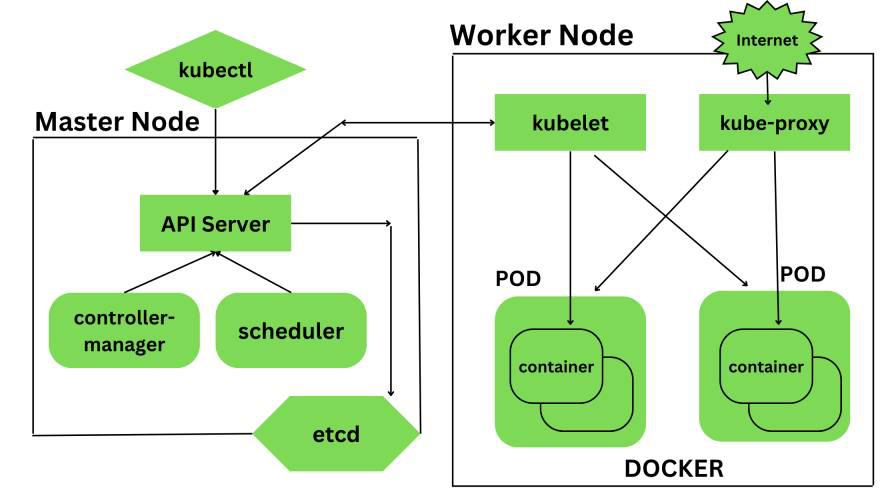 a.) API Server– The API server is the entry point for all the REST commands used to control the cluster. All the administrative tasks are done by the API server within the master node. If we want to create, delete, update or display in Kubernetes object it has to go through this API server.API server validates and configures the API objects such as ports, services, replication, controllers, and deployments and it is responsible for exposing APIs for every operation. We can interact with these APIs using a tool called kubectl. ‘kubectl’ is a very tiny go language binary that basically talks to the API server to perform any operations that we issue from the command line. It is a command-line interface for running commands against Kubernetes clusters

d.) etc– It is a distributed key-value lightweight database. In Kubernetes, it is a central database for storing the current cluster state at any point in time and is also used to store the configuration details such as subnets, config maps, etc. It is written in the Go programming language.

a.) Kubelet– It is a primary node agent which communicates with the master node and executes on each worker node inside the cluster. It gets the pod specifications through the API server and executes the container associated with the pods and ensures that the containers described in the pods are running and healthy. If kubelet notices any issues with the pods running on the worker nodes then it tries to restart the pod on the same node. If the issue is with the worker node itself then the Kubernetes master node detects the node failure and decides to recreate the pods on the other healthy node.

b.) Kube-Proxy– It is the core networking component inside the Kubernetes cluster. It is responsible for maintaining the entire network configuration. Kube-Proxy maintains the distributed network across all the nodes, pods, and containers and exposes the services across the outside world. It acts as a network proxy and load balancer for a service on a single worker node and manages the network routing for TCP and UDP packets. It listens to the API server for each service endpoint creation and deletion so for each service endpoint it sets up the route so that you can reach it.

d.) Docker– Docker is the containerization platform that is used to package your application and all its dependencies together in the form of containers to make sure that your application works seamlessly in any environment which can be development or test or production. Docker is a tool designed to make it easier to create, deploy, and run applications by using containers. Docker is the world’s leading software container platform. It was launched in 2013 by a company called Dot cloud. It is written in the Go language. It has been just six years since Docker was launched yet communities have already shifted to it from VMs. Docker is designed to benefit both developers and system administrators making it a part of many DevOps toolchains. Developers can write code without worrying about the testing and production environment. Sysadmins need not worry about infrastructure as Docker can easily scale up and scale down the number of systems. Docker comes into play at the deployment stage of the software development cycle. 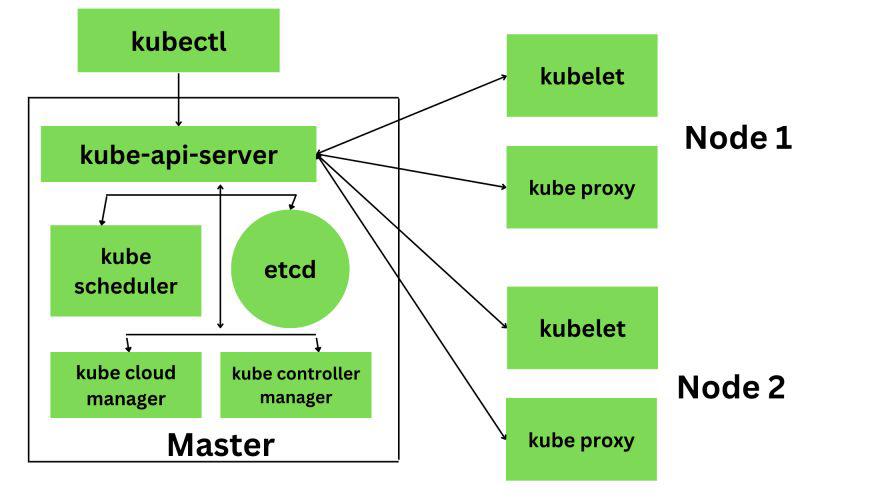