How to Rename a MySQL Table in Python?

MySQL Connector-Python module is an API in python used to communicate with a MySQL database server. It only requires the standard Python libraries and has no additional dependencies. There are various other modules in Python like PyMySQL and mysqlclient which can be used to access a database server. In this article, we will use MySQL Connector-Python to execute MySQL queries, particularly renaming a table, through Python.

Renaming a Table in SQL

ALTER and RENAME statements are used to rename a table. While renaming a table, one must keep in mind the other database objects like views, stored procedures, triggers, etc., that might be referenced to the table and adjust them manually.

This statement is similar to RENAME statement. However, unlike RENAME, it can rename temporary tables as well.

First, establish a connection with the database server and create a cursor object with connect() and cursor() functions of the MySQL Connector-Python module in Python. Then use the RENAME or ALTER statements to change the name of a table. Below are some examples for better understanding. 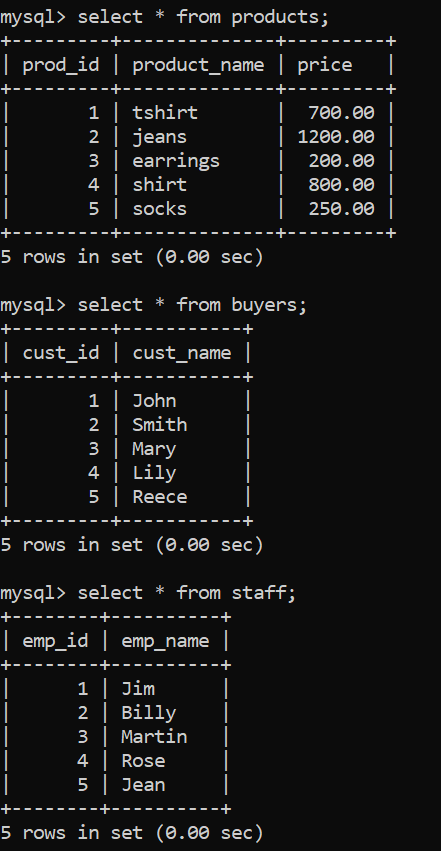 We will use a sample database store with a products table, buyers table and staff table for the examples.

Follow the same steps as the above example for establishing a connection with the database server and creating a cursor object. Then execute the SQL query with RENAME statement. This command allows renaming multiple tables at once. This example renames the products table to inventory and the buyers table to customers.