If in variational autoencoder, if each variable is sensitive to only one feature/ property of the dataset and relatively invariant to another property, then it is called disentangled representation of the dataset. The advantage of having a disentangled representation is that model is easy to generalize and has good interpretability. This is the main goal of beta variational autoencoders i.e to achieve disentanglement. For example, a neural network trained on the human faces to determine the gender of that person needs to capture different features of the face (such as face width, hair color, eyes color) in separate dimensions to ensure the disentanglement.

B-VAE adds a parameter B to the variational autoencoder that acts as balance b/w latent capacity of node and independent constraint with reconstruction accuracy. The motivation behind adding this hyper parameter is to maximize the probability of generating a real dataset while minimizing the probability of real to estimated data is small, under

To write the equation below, we need to use the Kuhn-tucker condition.

where the KKT multiplier

is the regularization coefficient that constrains the capacity of the latent channel z and puts implicit independence pressure on the learnt posterior due to the isotropic nature of the Gaussian prior p(z).

Now, we write this again using the above complementary slackness assumption to get the Beta-VAE formula:

Beta-VAE attempts to learn a disentangled representation by conditionally independent data generative factors by optimizing a heavily penalizing KL-divergence between the prior and approximating distributions using a hyper parameter β > 1. 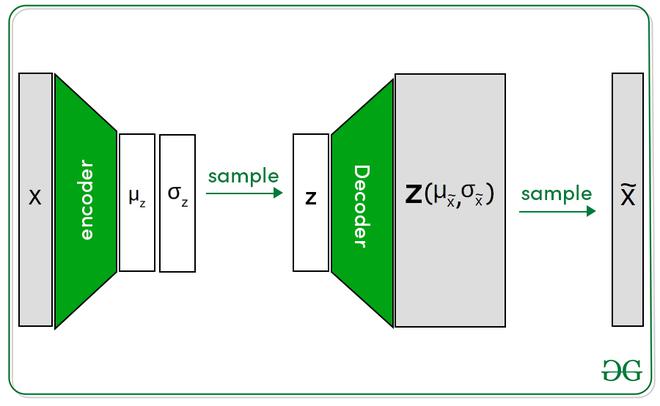 The B-VAE is closely related to the InfoGAIN principle, which means the maximum information that can be stored is:

where, I is mutual information and beta is the Lagrange multiplier, here the goal of this function is to maximize the latent information b/w latent bottleneck Z and task Y while discarding all the irrelevant information about Y that might be present in the input.

In this VAE, the posterior distribution is encouraged to match the unit Gaussian prior (Normal distribution). Since the posterior and prior are factorized, the posterior can be calculated using the reparametrization trick, we can take an information-theory perspective and think of q(z|x) as a set of independent additive white Gaussian noise channels zi, each noisily transmitting information about the data inputs xn.

Now, the KL divergence term of the β-VAE objective

is an upper bound on the amount of information that can be transmitted through the latent channels per data sample. The KL divergence is zero when