Classification is that the processing of finding a group of models (or functions) that describe and distinguish data classes or concepts, for the aim of having the ability to use the model to predict the category of objects whose class label is unknown. The determined model depends on the investigation of a set of training data information (i.e. data objects whose class label is known). The derived model could also be represented in various forms, like classification (if – then) rules, decision trees, and neural networks. Data Mining has a different type of classifier: A classification is a form of data analysis that extracts models describing important data classes. Such models are called Classifiers. For example, We can build a classification model for banks to categorize loan applications.

A general approach to classification:

Classification is a two-step process involving,

Learning Step: It is a step where the Classification model is to be constructed. In this phase, training data are analyzed by a classification Algorithm.

Classification Step: it’s a step where the model is employed to predict class labels for given data. In this phase, test data are wont to estimate the accuracy of classification rules. 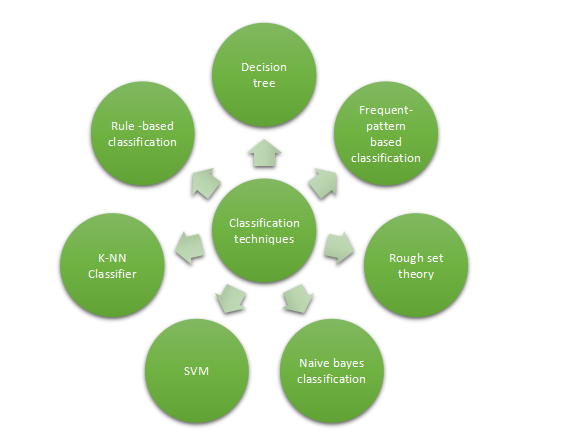 Now let’s see how to classify Outlier. A database may contain data objects that don’t suits the overall behavior or model of the info . These data objects are Outliers. The investigation of OUTLIER data is understood as OUTLIER MINING. An outlier could also be detected or classify using statistical tests which assume a distribution or probability model for the info , or using distance measures where objects having alittle fraction of “close” neighbors in space are considered outliers. Rather than utilizing factual or distance measures, deviation-based techniques distinguish exceptions/outliers by inspecting differences within the principle attributes of things during a group.

Outlier detection (also referred to as anomaly detection) is that the process of finding data objects with behaviors that are very different from expectations. Such objects are called outliers or anomalies. Outlier detection is vital in many applications additionally to fraud detection like medical aid , public safety and security, industry damage detection, image processing, sensor/video network surveillance, and intrusion detection.

In general, outliers are often classified into three categories, namely global outliers, contextual (or conditional) outliers, and collective outliers. Let’s examine each of these categories.

Global Outliers: during a given data set, a knowledge object may be a global outlier if it deviates significantly from the remainder of the info set. Global outliers are sometimes called point anomalies and are the only sort of outliers. Most outlier detection methods are aimed toward finding global outliers.

Collective Outliers: during a given data set, a subset of knowledge objects forms a collective outlier if the objects as an entire deviate significantly from the whole data set. Importantly, the individual data objects might not be outliers. Unlike global or contextual outlier detection, in collective outlier detection, we’ve to think about not only the behavior of individual objects but also that of groups of objects. Therefore, to detect collective outliers, we’d like the background of the connection among data objects like distance or similarity measurements between objects.