This article discusses the theory behind the Naive Bayes classifiers and their implementation.

Naive Bayes classifiers are a collection of classification algorithms based on Bayes’ Theorem. It is not a single algorithm but a family of algorithms where all of them share a common principle, i.e. every pair of features being classified is independent of each other.

To start with, let us consider a dataset.

Here is a tabular representation of our dataset.

The dataset is divided into two parts, namely, feature matrix and the response vector.

The fundamental Naive Bayes assumption is that each feature makes an:

contribution to the outcome.

With relation to our dataset, this concept can be understood as:

Note: The assumptions made by Naive Bayes are not generally correct in real-world situations. In-fact, the independence assumption is never correct but often works well in practice.

Now, before moving to the formula for Naive Bayes, it is important to know about Bayes’ theorem.

Now, with regards to our dataset, we can apply Bayes’ theorem in following way:

where, y is class variable and X is a dependent feature vector (of size n) where:

Just to clear, an example of a feature vector and corresponding class variable can be: (refer 1st row of dataset)

So basically, P(y|X) here means, the probability of “Not playing golf” given that the weather conditions are “Rainy outlook”, “Temperature is hot”, “high humidity” and “no wind”.

Now, its time to put a naive assumption to the Bayes’ theorem, which is, independence among the features. So now, we split evidence into the independent parts.

Now, if any two events A and B are independent, then,

Hence, we reach to the result:

which can be expressed as:

Now, as the denominator remains constant for a given input, we can remove that term:

Now, we need to create a classifier model. For this, we find the probability of given set of inputs for all possible values of the class variable y and pick up the output with maximum probability. This can be expressed mathematically as:

The different naive Bayes classifiers differ mainly by the assumptions they make regarding the distribution of P(xi | y).

Let us try to apply the above formula manually on our weather dataset. For this, we need to do some precomputations on our dataset.

We need to find P(xi | yj) for each xi in X and yj in y. All these calculations have been demonstrated in the tables below: 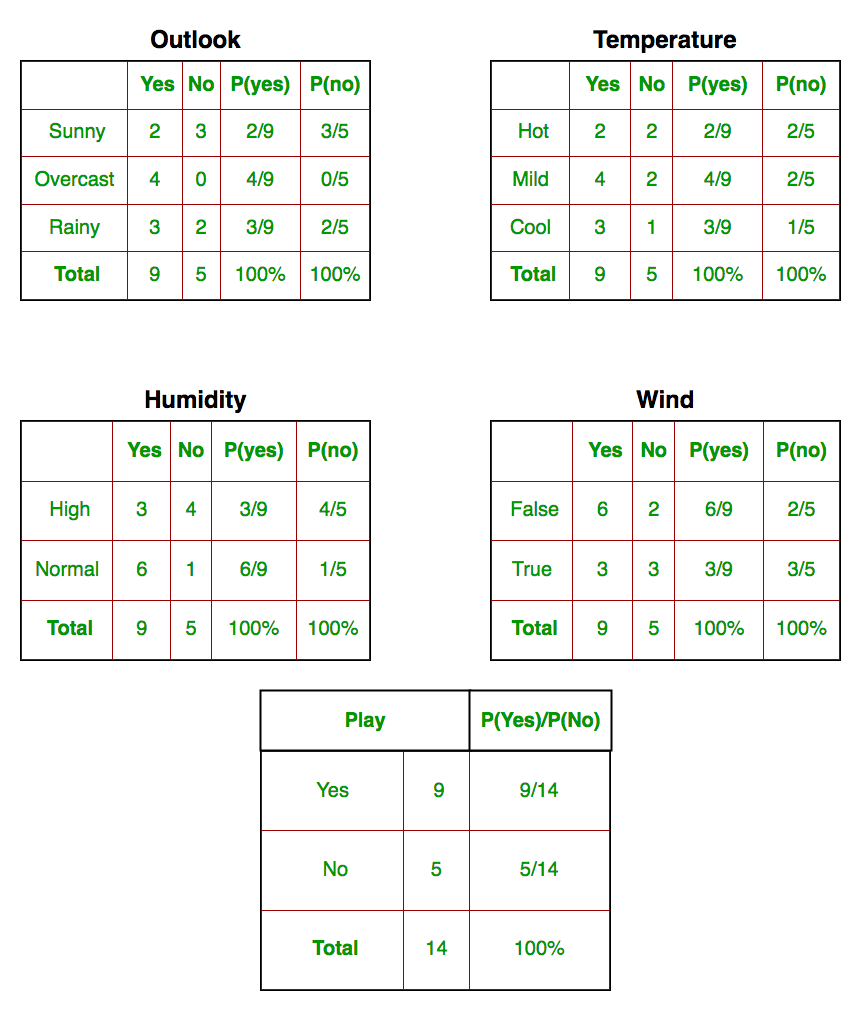 So now, we are done with our pre-computations and the classifier is ready!

Let us test it on a new set of features (let us call it today):

So, probability of playing golf is given by:

and probability to not play golf is given by:

These numbers can be converted into a probability by making the sum equal to 1 (normalization):

So, prediction that golf would be played is ‘Yes’.

Now, we discuss one of such classifiers here. 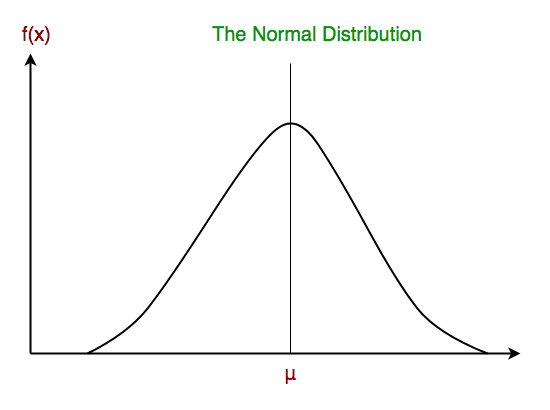 The likelihood of the features is assumed to be Gaussian, hence, conditional probability is given by:

Now, we look at an implementation of Gaussian Naive Bayes classifier using scikit-learn.

Other popular Naive Bayes classifiers are:

As we reach to the end of this article, here are some important points to ponder upon: