Question 13. The perimeters of two similar triangles are 25 cm and 15 cm, respect. If one side of the first triangle is 9 cm, what is the corresponding side of the other triangle? 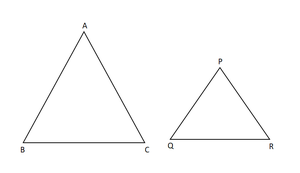 Given: perimeter of two similar triangles are 25 cm, 15 cm and one side 9 cm

To find : the other side.

Let one of its side is (AB) = 9 cm and the other side of other triangle be PQ.

∆ABC ∼ ∆PQR.      [Since the ratio of corresponding sides of similar triangles is same as the ratio of their perimeters.]

Hence, the corresponding side of other ∆ is 5.4 cm. 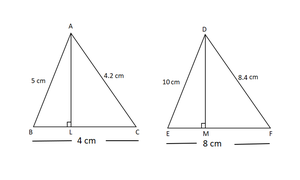 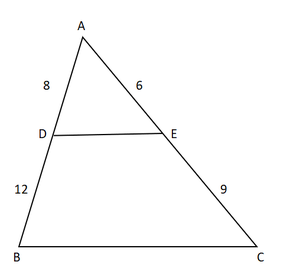 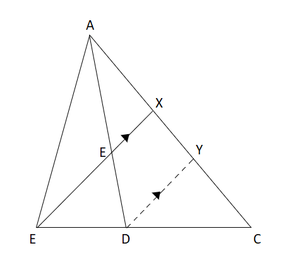 Question 17. ABCD is a parallelogram and APQ is a straight line meeting BC at P and DC produced at Q. Prove that the rectangle obtained by BP and DQ is equal to the rectangle contained by AB and BC. 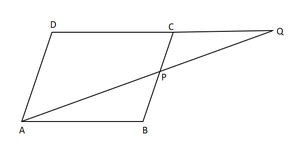 Given : ABCD is a parallelogram and APQ is a straight line meeting BC at P and DC produced at Q.

∠B = ∠D [Opposite angles of parallelogram]

DA = BC  [opposite sides of a parallelogram are equal]

Question 18. In ΔABC, AL and CM are the perpendiculars from the vertices A and C to BC and AB respect. If Al and CM intersect at O, prove that: 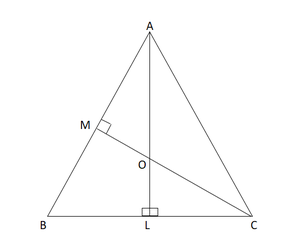 Now In Δ OMA and ΔOLC, 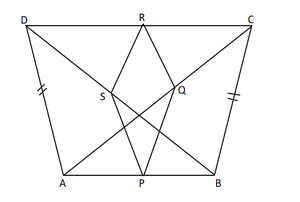 ABCD is a quadrilateral in which AD = BC and P, Q, R, S are the mid points of AB, AC, CD, BD, respectively.

To prove: PQRS is a rhombus

In ΔABC, P and Q are the mid points of the sides B and AC respectively

In ΔADC, Q and R are the mid points of the sides AC and DC respectively

By the mid-point theorem, we get,

PQRS is a rhombus.

Question 20. In an isosceles ΔABC, the base AB is produced both ways to P and Q such that AP x BQ = AC2. Prove that Δ APC ∼ Δ BCQ 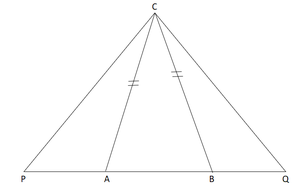 ΔABC is an isosceles triangle AC = BC.

Question 21. A girl of height 90 cm is walking away from the base of a lamp post at a speed of 1.2 m/sec. If the lamp is 3.6m above the ground, find the length of her shadow after 4 seconds. 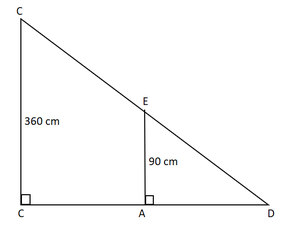 Suppose the length of the shadow of the girl be x cm when she at position D. Therefore,

Hence, the length of her shadow after 4 seconds is 160 cm.

Question 22. A vertical stick of length 6 m casts a shadow 4m long on the ground and at the same time a tower casts a shadow 28m long. Find the height of the tower. 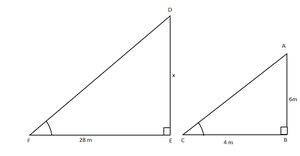 Let AB be stick and DE be tower.

Hence height of tower is 42 m

Question 23. In the fig. given, ΔABC is a right-angled triangle at C and DE ⊥ AB. Prove that ΔABC ∼ ΔADE. hence find the lengths of AE and DE. 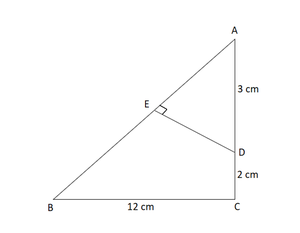 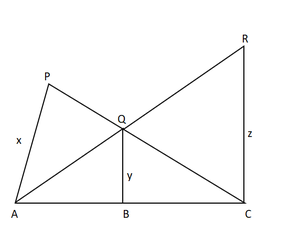 PA, QB and RC are each perpendicular to AC 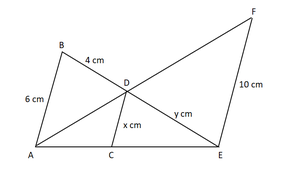 Complete Interview Preparation
View Details
System Design-Live Classes for Working Professionals
View Details
Data Structures & Algorithms- Self Paced Course
View Details
Most popular in Class 10
Most visited in RD Sharma Solutions
We use cookies to ensure you have the best browsing experience on our website. By using our site, you acknowledge that you have read and understood our Cookie Policy & Privacy Policy