Spanning Tree Protocol (STP) prevent the looping of frame by putting the interfaces of switch in either forwarding or blocking state.

How Switch is able to decide which interface should be in forwarding or blocking state. We’ll learn answer of this question in this article. Before we further proceed, we must know some terms.

Note –
We use word “Bridge” although switches are involved because STP were introduced before switches. Bridges were first device to use STP. Hence, various terms include word “Bridge”.

Electing Root Switch :
All switches in a LAN exchange Hello BPDU with each other. Firstly all switch consider themselves as root switch but root switch is selected based on BID of switch. Switch having lower priority bit in BID is selected root switch.

If priority bit get tied, then switch having lower MAC-address in Hello BPDU is selected root switch. In diagram shown below, SW1 becomes Root switch after comparing BID from each switch in LAN.

Choosing Root port on Non-root Switches :
The ports in each switch having minimum path cost to root switch is chosen as root port for that switch. In the diagram shown below, Gi0/1 port of both SW2 and SW3 is chosen as Root port (RP). 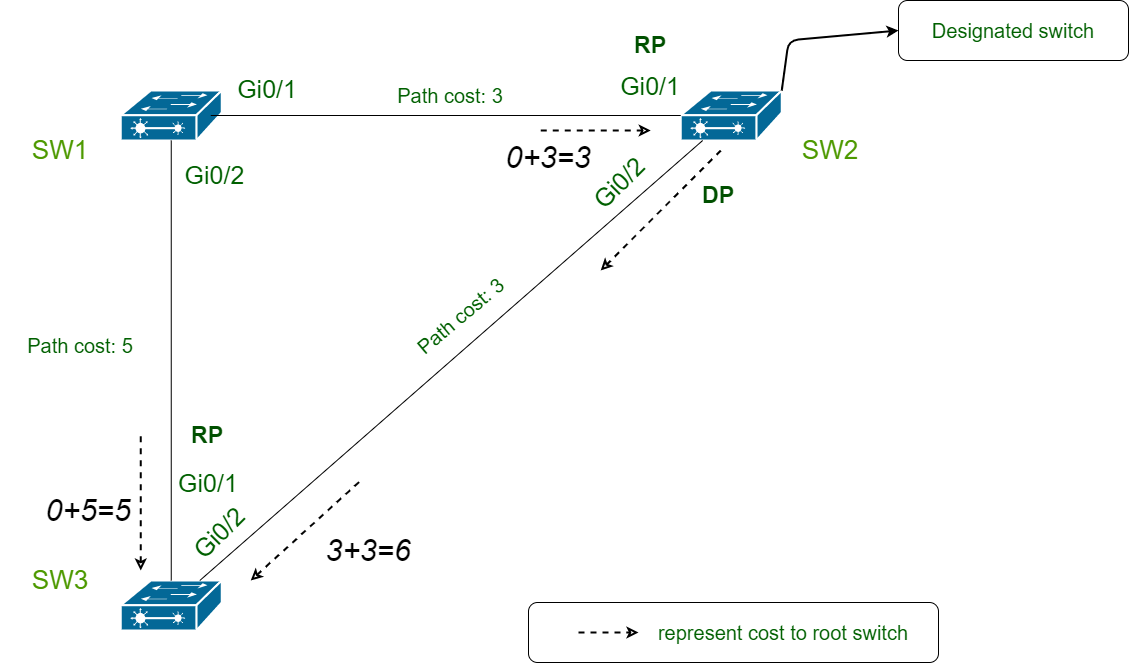