What is E-paper Technology in Amazon’s Kindle?

Amazon is one of the most famous IT companies in the world. It had launched a product called Kindle (2007), aimed at book lovers who could now read several books with new technology. E-paper or Electronic paper, aka Electronic Ink Display (EID), is the representation of ink on paper with the use of technology. Unlike other similar technologies that use back-light, E-paper follows the principle of reflection of light. 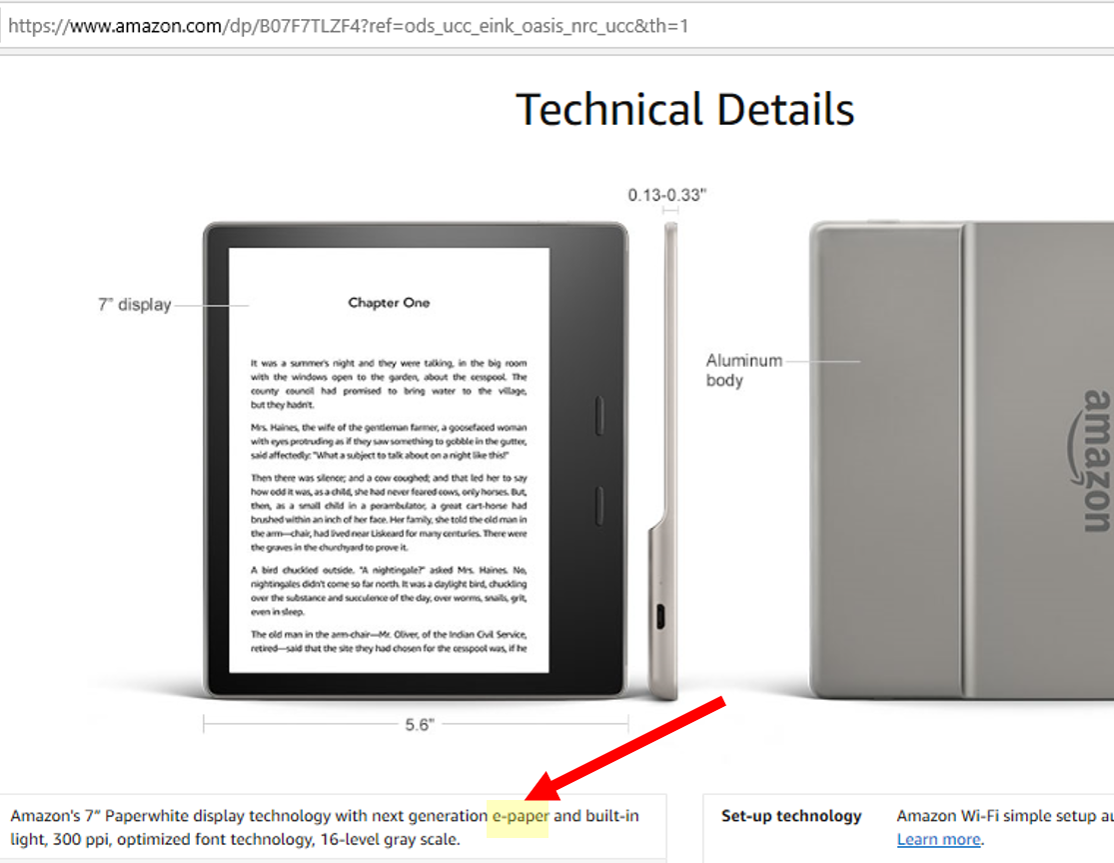 Gyricon was the first kind of E-paper and was developed by Xerox. Gyricon uses polyethylene spheres of 2 colors, black and white. The black part is negatively charged while the white part is positively charged. The application of voltage decides which color is visible to us. These spheres are suspended in oil so they can rotate freely when voltage is applied and placed in a transparent silicone sheet.