Vuex is a state management library for Vue applications. It serves as a single source of truth in the whole application and centralizes the flow of data to various components. As we know passing props can be tedious for complex applications with many components, Vuex makes this interaction very seamless and scalable. 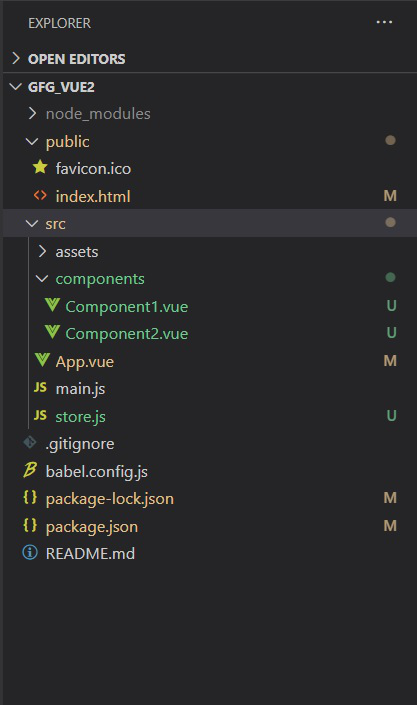 Adding Vuex to your Application

Vuex: Vuex has 3 fundamental parts for its functioning:

Example: We’ll use the same example as we used in event-bus and $emit/props (here) explanations.

At the core of every Vuex application is a store. It is the container that holds our application’s state. They are reactive and can only be changed by committing mutations thus preventing any component to change state implicitly.

My Personal Notes arrow_drop_up
Previous
Angular10 getLocaleDayPeriods() Function
Next
Pandas - Multi-index and groupbys
Recommended Articles
Page :
Difference between VueJS and AngularJS
20, Sep 19
What is the difference between created and mounted event in VueJS?
06, Aug 20
Adding Filters in VueJS
19, Nov 20
How to loop through a list of elements and display it in VueJS ?
10, Feb 21
Capitalizing a string using filters in VueJS
21, Feb 21
How to check given string is Palindrome or not using filter in VueJS ?
22, Feb 21
How to convert a normal string to a uppercase string using filter in VueJS ?
22, Feb 21
Building a Shopping List with VueJS
30, May 21
How to check an image is loaded or not in VueJS ?
23, Jul 21
What is Contextual classes of table in Bootstrap ?
25, Nov 21
Which tag is used for representing the result of a calculation ?
25, Nov 21
Primitive and Non-primitive data-types in JavaScript
25, Nov 21
Article Contributed By :