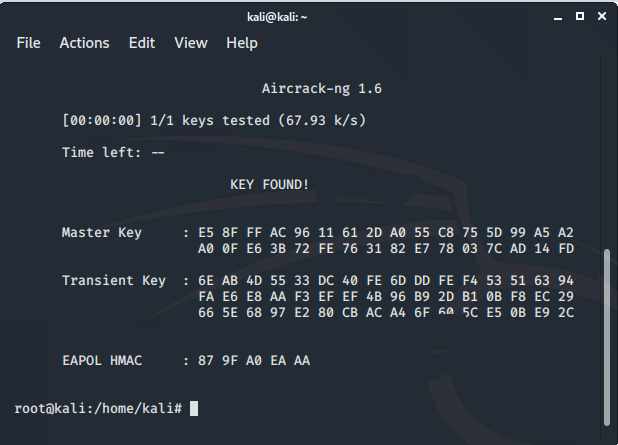 It will display the key Found along with the key after successfully cracking the password.