Secure Socket Layer (SSL) provide security to the data that is transferred between web browser and server. SSL encrypt the link between a web server and a browser which ensures that all data passed between them remain private and free from attack. 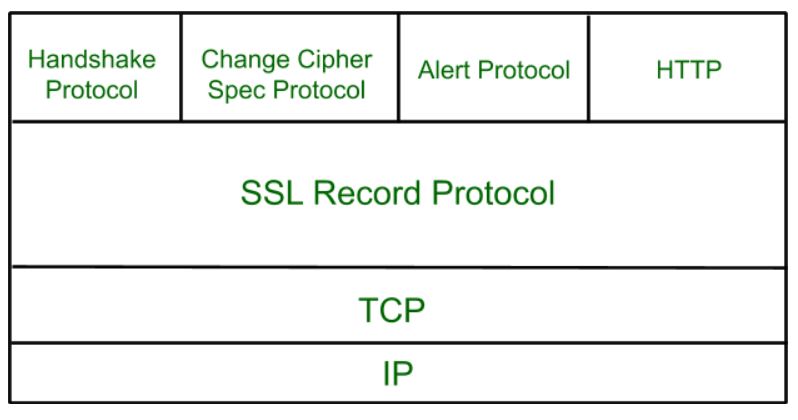 In SSL Record Protocol application data is divided into fragments. The fragment is compressed and then encrypted MAC (Message Authentication Code) generated by algorithms like SHA (Secure Hash Protocol) and MD5 (Message Digest) is appended. After that encryption of the data is done and in last SSL header is appended to the data. 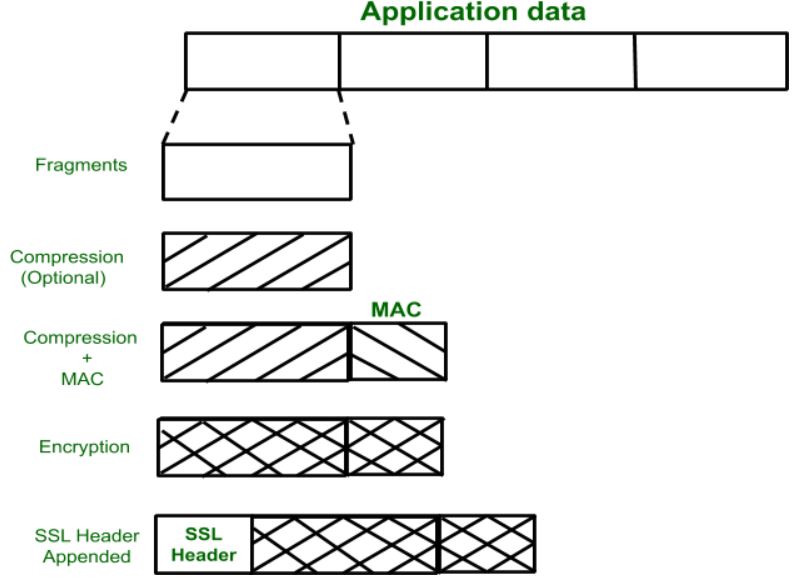 Alert Protocol:
This protocol is used to convey SSL-related alerts to the peer entity. Each message in this protocol contain 2 bytes.