We have discussed iterative inorder and iterative preorder traversals. In this post, iterative postorder traversal is discussed, which is more complex than the other two traversals (due to its nature of non-tail recursion, there is an extra statement after the final recursive call to itself). Postorder traversal can easily be done using two stacks, though. The idea is to push reverse postorder traversal to a stack. Once we have the reversed postorder traversal in a stack, we can just pop all items one by one from the stack and print them; this order of printing will be in postorder because of the LIFO property of stacks. Now the question is, how to get reversed postorder elements in a stack – the second stack is used for this purpose. For example, in the following tree, we need to get 1, 3, 7, 6, 2, 5, 4 in a stack. If take a closer look at this sequence, we can observe that this sequence is very similar to the preorder traversal. The only difference is that the right child is visited before left child, and therefore the sequence is “root right left” instead of “root left right”. So, we can do something like iterative preorder traversal with the following differences:
a) Instead of printing an item, we push it to a stack.
b) We push the left subtree before the right subtree.
Following is the complete algorithm. After step 2, we get the reverse of a postorder traversal in the second stack. We use the first stack to get the correct order. 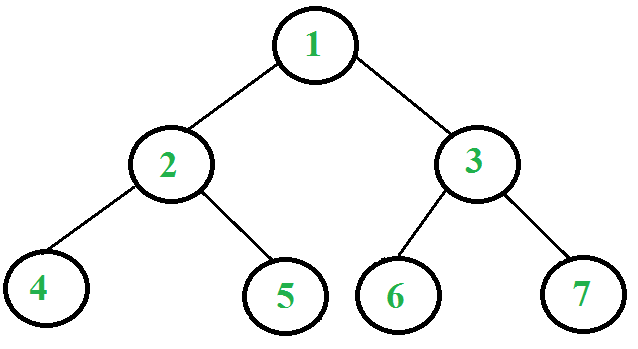 Time complexity: O(n) where n is no of nodes in a binary tree

Following is an overview of the above post.
Iterative preorder traversal can be easily implemented using two stacks. The first stack is used to get the reverse postorder traversal. The steps to get a reverse postorder are similar to iterative preorder.
You may also like to see a method which uses only one stack.
This article is compiled by Aashish Barnwal. Please write comments if you find anything incorrect, or you want to share more information about the topic discussed above