Difference between Ring Topology and Bus Topology in Computer Networks

1. Ring Topology: In Ring topology, there is a circular data path. Each of the devices is connected to two other devices in the network. Data is transmitted from sender to receiver by passing it from one device to another until the receiver device is reached. If any of the connection is broken then the whole network crashes because they are connected sequentially. This topology is used for the connection of LAN or WAN. 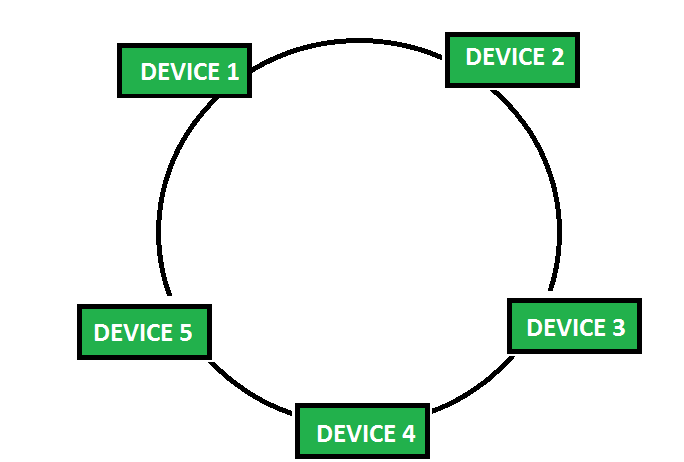 2. Bus Topology: Bus topology is a type of network topology in which all the devices are connected to a single cable which is called the backbone of the network. It consists of a terminator at each end of the cable. The network cable is responsible for the communication between the devices and when the data reaches the end of the cable it is removed by the terminator from the data line. It is the easiest network topology when the devices are to be connected linearly.

Differences between Ring Topology and Bus Topology are as follows: