1. Star Topology :
Star topology is used for Local Area networks in which all nodes are connected to a central point called Hub, which connects them to the communication channel. The connections are in such a manner that n number of wires are required to connect n number of end devices or nodes. Traffic is generated from the central hub of the star. The central hub controls communication between all the nodes, message sent by one node reaches the hub first, and then it is transmitted to the receiver node through the hub. 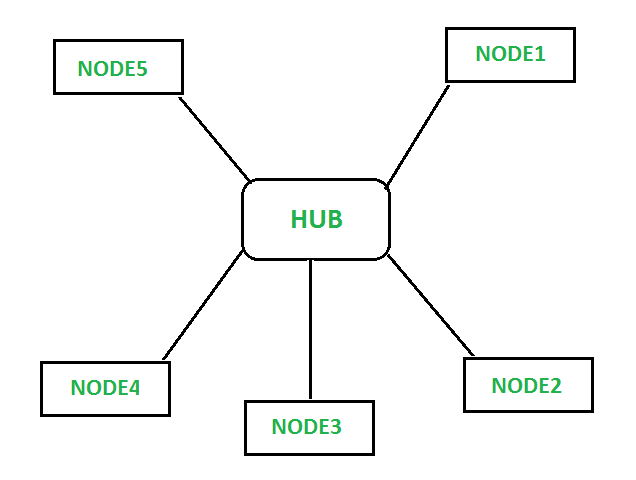 2. Bus Topology :
Bus topology is a type of network topology in which all the devices are connected to a single cable which is called the backbone of the network. It consists of a terminator at each end of the cable. The network cable is responsible for the communication between the devices and when the data reaches the end of the cable it is removed by the terminator from the data line. It is the easiest network topology when the devices are to be connected linearly.