Difference between Hadoop 1 and Hadoop 2

1. Components: In Hadoop 1 we have MapReduce but Hadoop 2 has YARN(Yet Another Resource Negotiator) and MapReduce version 2. 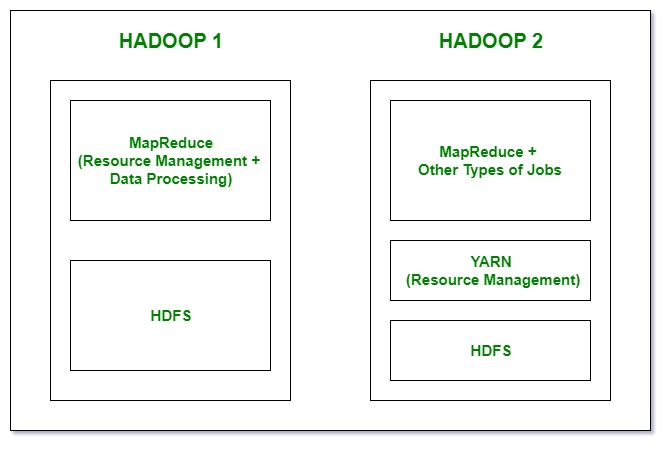 4. Limitations: Hadoop 1 is a Master-Slave architecture. It consists of a single master and multiple slaves. Suppose if master node got crashed then irrespective of your best slave nodes, your cluster will be destroyed. Again for creating that cluster means copying system files, image files, etc. on another system is too much time consuming which will not be tolerated by organizations in today’s time. Hadoop 2 is also a Master-Slave architecture. But this consists of multiple masters (i.e active namenodes and standby namenodes) and multiple slaves. If here master node got crashed then standby master node will take over it. You can make multiple combinations of active-standby nodes. Thus Hadoop 2 will eliminate the problem of a single point of failure. 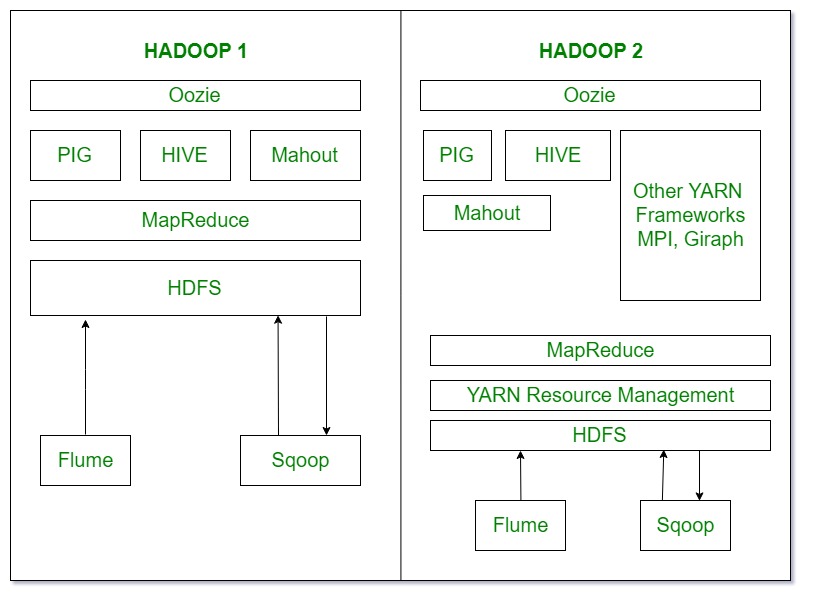