Example –
If the source wants to transmit data unit 1100111 using even parity to the destination. The source will have to pass through Even Parity Generator. 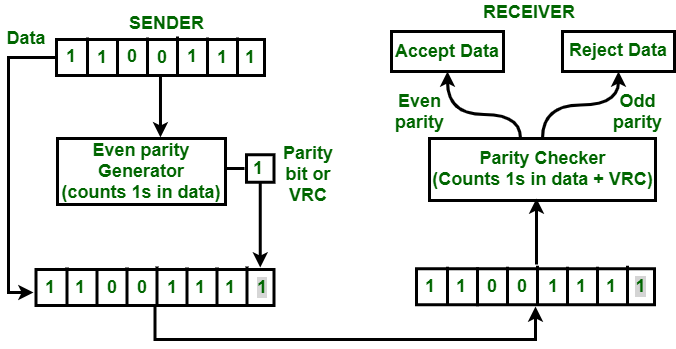 If the number of 1s count out to be odd, e.g. 5 or 7 then destination will come to know that there is some error in the data. The receiver then rejects such an erroneous data unit.

Disadvantages :
The major disadvantage of using this method for error detection is that it is not able to detect burst error if the number of bits changed is even, i.e. 2, 4, 6, 8, …….etc.

Example –
If the original data is 1100111. After adding VRC, data unit that will be transmitted is 11001111. Suppose on the way 2 bits are 01011111. When this data will reach the destination, parity checker will count number of 1s in data and that comes out to be even i.e. 8. So, in this case, parity is not changed, it is still even. Destination will assume that there is no error in data even though data is erroneous. 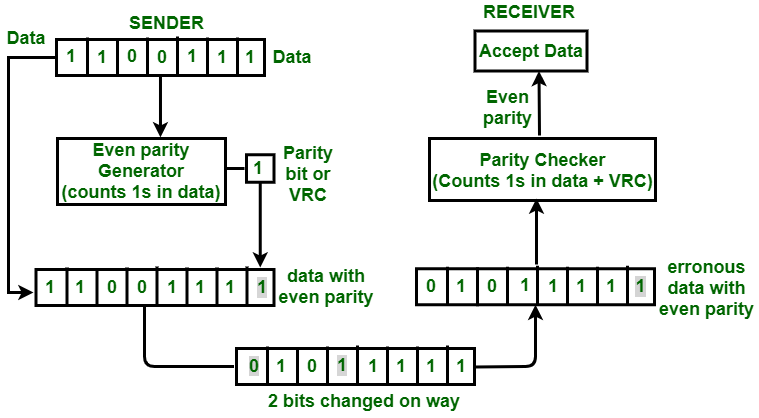 Erroneous data accepted by receiver with number of changed bits