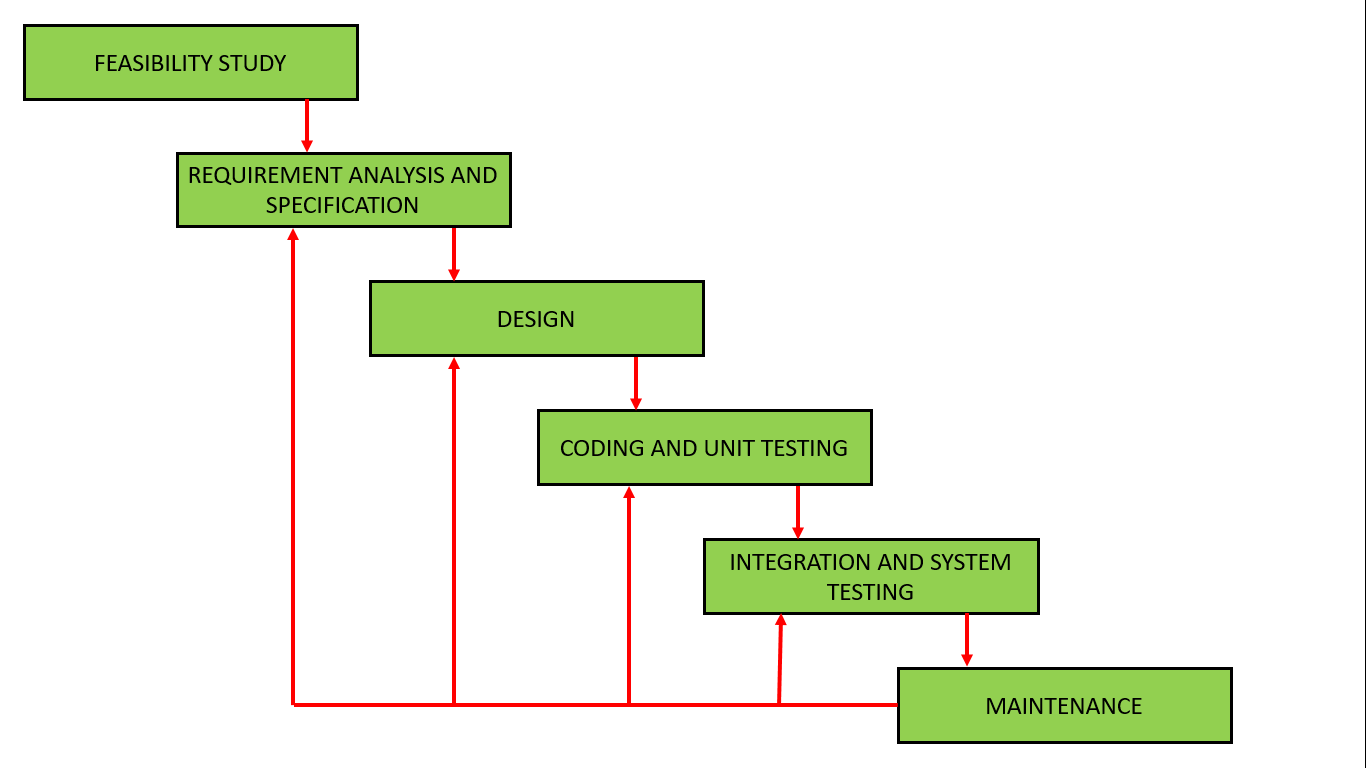 When errors are detected at some later phase, these feedback paths allow correcting errors committed by programmers during some phase. The feedback paths allow the phase to be reworked in which errors are committed and these changes are reflected in the later phases. But, there is no feedback path to the stage – feasibility study, because once a project has been taken, does not give up the project easily.
It is good to detect errors in the same phase in which they are committed. It reduces the effort and time required to correct the errors.

Phase Containment of Errors: The principle of detecting errors as close to their points of commitment as possible is known as Phase containment of errors.