There is an old man and he has four sons. The old man is in critical situation and his last wish is to divide his square land into 4 equal parts but according to some rules. Rules and the image of land is provided below: 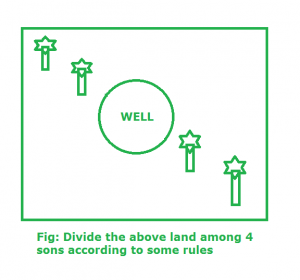 Help old man to divide the land among his four sons.

Solution:
We can divide the old man’s square land among his 4 sons with the given rules in following manner: 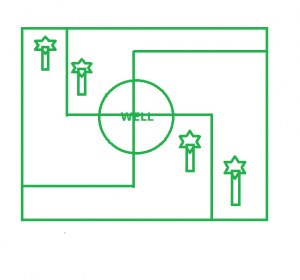