given-when statement in Perl is a substitute for long if-statements that compare a variable to several integral values.

given-when in Perl is similar to the switch-case of C/C++, Python or PHP. Just like the switch statement, it also substitutes multiple if-statements with different cases.

given-when statements also use two other keywords along with it, namely break and continue. These keywords maintain the flow of the program and help in getting out of the program execution or skipping execution at a particular value.

break: break keyword is used to break out of a when block. In Perl, there is no need to explicitly write the break after every when block. It is already defined implicitly.
continue: continue, on the other hand, moves to the next when block if first when block is correct. 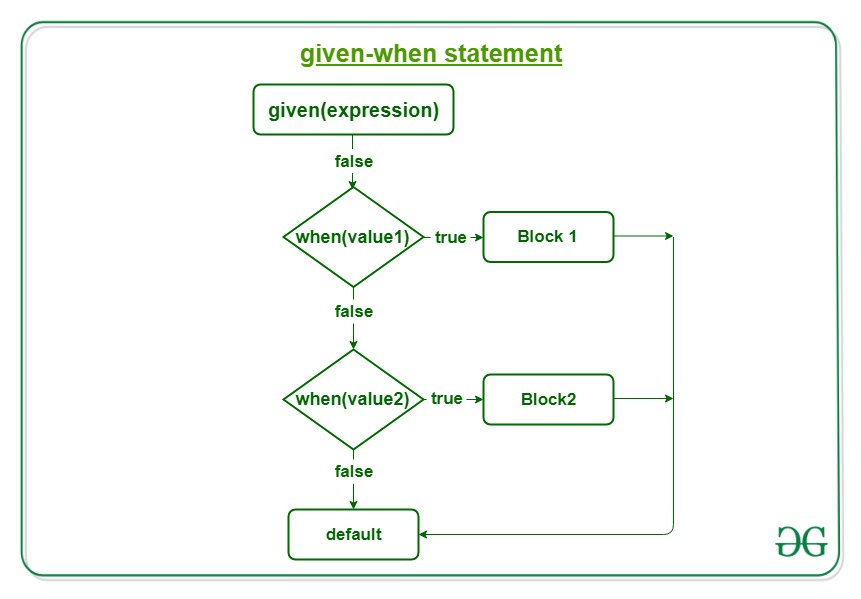 Following is an example for Nested given-when statement: