How To Generate SSH Key With ssh-keygen In Linux?

Secure Shell(SSH) is a cryptographic network protocol used for operating remote services securely. It is used for remote operation of devices on secure channels using a client-server architecture that generally operates on Port 22. SSH is the successor of Telnet. SSH uses public and private keys to validate and authenticate users. ssh-keygen is used to generate these key pairs.

You can learn more about SSH and Telnet here

How does SSH work? 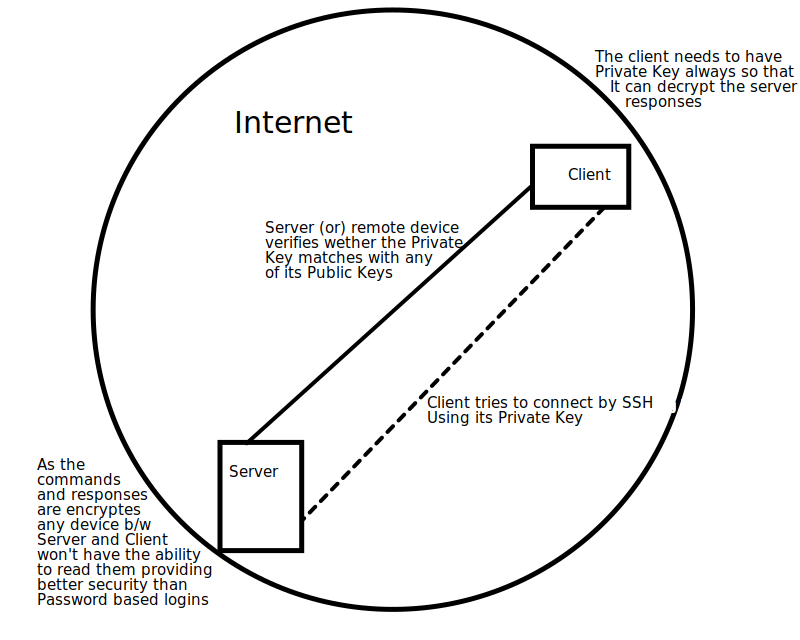 ssh-keygen is the utility used to generate, manage, and convert authentication keys for SSH. ssh-keygen comes installed with SSH in most of the operating systems. ssh-keygen is able to generate a key using one of three different digital signature algorithms.

“.pub” files should be copied to the $HOME/.ssh/authorized_keys file of the remote system where a user wants to log in using SSH authentication.

Almost all Unix and Linux Distro’s come pre-installed with SSH and ssh-keygen, so we will have no need to install. We will get started directly. This process is almost similar to almost all Linux Distro’s

Open your terminal and type ssh-keygen

It asks for the names of the ssh key pairs. If you wish to enter the passphrase, go on and ssh-keygen will automatically create your keys. 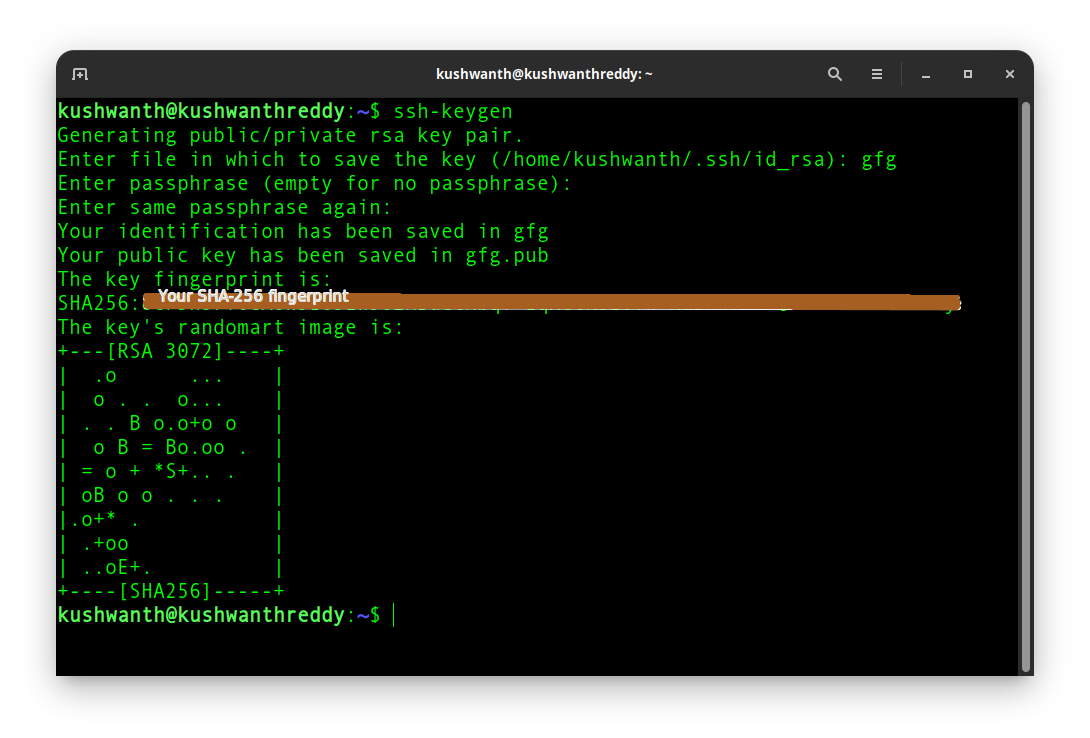 This is the key you need to copy into your remote device to get successful SSH authentication.

After the key pair is created, now we need to copy the public key into the server. There are 2 ways to do this, using ssh-copy-id (or) manually copying it into the server.

Use the ssh-copy-id command to copy your public key file (e.g., $HOME/.ssh/id_rsa.pub) to your user account on the remote server.

Login to your remote server using the password and create a directory at $HOME/.ssh. You can use the command below.

Now send your public key to the remote server,

Now you can logout and test whether you can connect to the remote server using the SSH protocol.

Next
grep command in Unix/Linux
Related Articles
1. How to Login to SSH Without A Password Using Private Key?
2. ssh command in Linux with Examples
3. How to Find All Failed SSH login Attempts in Linux?
4. Disconnecting Inactive SSH Connections in Linux
5. How to Disable SSH Root Login in Linux?
6. How to Create SSH Tunneling or Port Forwarding in Linux?
7. How to configure SSH Client in Linux ?
8. How to execute commands remotely using SSH in Linux?
9. Linux SSH Server (sshd) Configuration and Security Options With Examples
10. How to change the default SSH port in Linux
Article Contributed By :