This article is a Facebook sentiment analysis using Vader, nowadays many government institutions and companies need to know their customers’ feedback and comment on social media such as Facebook.

What is sentiment analysis?

Sentiment analysis is one of the best modern branches of machine learning, which is mainly used to analyze the data in order to know one’s own idea, nowadays it is used by many companies to their own feedback from customers.

Why should we use sentiment analysis?

There are many ways to fetch Facebook comments those are:

Among the above methods, we used downloading the Facebook comment dataset from the Kaggle website which is the best dataset provider. For the code we already used kindle.txt for analysis of kindle amazon facebook comment, you can use your own Facebook comment using this code to analyze your own comments or create a file in text format and try it for simplification.
Below is the implementation.

Now, let us try to understand the above piece of code: 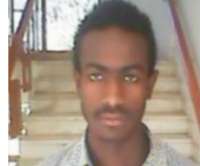