CDMA stands for Code Division Multiple Access. It is basically a channel access method and is also an example of multiple access. Multiple access basically means that information by several transmitters can be sent simultaneously onto a single communication channel.

There are multiple users which are provided or assigned variant CDMA codes and thus the users can access the entire band of frequencies or the whole bandwidth. This method does not limit the frequency range of the user. Hence, with the help of CDMA, multiple users can share a band of frequencies without any kind of undue interference between them. CDMA makes the use of spectrum technology along with analog to digital conversion(ADC). It is thus used by various radio communication technologies. Mainly, it is used for mobile communication.

CDMA technology has been in use for a long time. In 1935, the first time this subject was published by Dmitry Ageev. CDMA also came in use during the time of World War-II in order to stop the efforts of jamming transmissions. Thus it made its application in the military field and was used in anti-jamming, ranging, etc. It was used in 1957 by Leonid Kupriyanovich while he was making a model of automatic wearable mobile phone. Finally, in the year 1993, the Telecommunications Industry Association(TIA) approved the standards for CDMA technology. 16 million subscribers were recorded to use the CDMA systems in September 1998. Currently, CDMA is being supported by 22 countries. 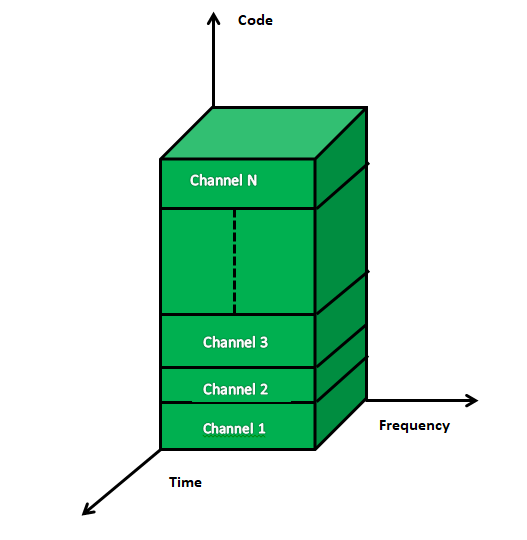