A Django template is a text document or a Python string marked-up using the Django template language. Django being a powerful Batteries included framework provides convenience to rendering data in a template. Django templates not only allow paassing data from view to template, but also provides some limited features of a programming such as variables, for loops, comments, extends, if else etc.
This article revolves about how to use boolean operators in Templates. The {% if %} tag evaluates a variable, and if that variable is “true” (i.e. exists, is not empty, and is not a false boolean value) the contents of the block are output. One can use various boolean operators with Django If Template tag.

if tags may use and, or or not to test a number of variables or to negate a given variable:

As one can see, the if tag may take one or several {% elif %} clauses, as well as an {% else %} clause that will be displayed if all previous conditions fail. These clauses are optional.

Illustration of How to use Boolean operators in Django templates using an Example. Consider a project named geeksforgeeks having an app named geeks. 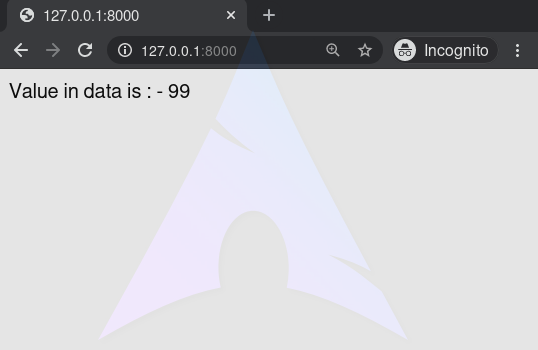 <= operator
Less than or equal to. Example:

>= operator
Greater than or equal to. Example:

in operator
Contained within. This operator is supported by many Python containers to test whether the given value is in the container. The following are some examples of how x in y will be interpreted:

not in operator
Not contained within. This is the negation of the in operator.

is operator
Object identity. Tests if two values are the same object. Example:

is not operator
Negated object identity. Tests if two values are not the same object. This is the negation of the is operator. Example: