A Django template is a text document or a Python string marked-up using the Django template language. Django being a powerful Batteries included framework provides convenience to rendering data in a template. Django templates not only allow passing data from view to template, but also provides some limited features of a programming such as variables, for loops, comments, extends etc.
This article revolves about how to use for tag in Templates. for tag loops over each item in an array, making the item available in a context variable.

For example, to display a list of athletes provided in athlete_list:

Illustration of How to use for tag in Django templates using an Example. Consider a project named geeksforgeeks having an app named geeks. 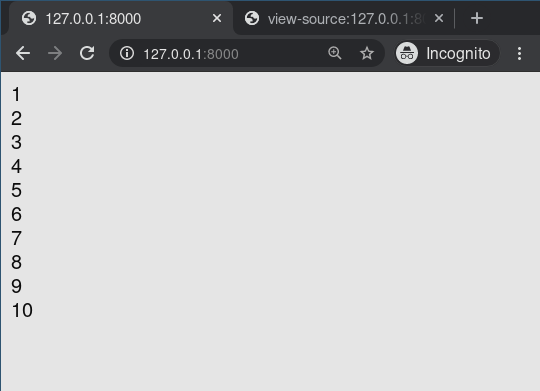 Anything enclosed between for tag would be repeated, the number of times the loop is run.

One can use variables, too. For example, if you have two template variables, rowvalue1 and rowvalue2, you can alternate between their values like this:

If you need to loop over a list of lists, you can unpack the values in each sublist into individual variables. For example, if your context contains a list of (x, y) coordinates called points, you could use the following to output the list of points:

This can also be useful if you need to access the items in a dictionary. For example, if your context contained a dictionary data, the following would display the keys and values of the dictionary: