Binarization can be used in recognising text and symbols, e.g. document processing. Identifying objects with distinctive silhouettes, e.g. components on a conveyor in a manufacturing plant, and determining the orientation of objects are some other examples of binarization applications. Binarization generally involves two steps including the determination of a gray threshold according to some objective criteria and assigning each pixel to one class of background or foreground. If the intensity of the pixel is greater than the determined threshold then it belongs to the foreground class and otherwise to the background. The main problem in binarization is the choice of thresholding technique.

The thresholding algorithms can be categorized into different classes:

Otsu’s method: Otsu’s thresholding technique is a classification-based method which searches for the threshold that minimizes the intra-class variance, defined as a weighted sum of variances of the two classes. It is the most popular method of binarizing a grayscale image. Otsu’s algorithms simply assume that a grayscale image consists of two types of pixels. Foreground and background pixels. It divides all the pixels into two clusters. It minimises the intra-cluster variation by maximising the inter-cluster variance. Finally, it returns a single intensity value which is called a threshold value. This threshold value divides the two clusters of pixels. All pixels of one cluster are assigned intensity value 0 and pixels of the second cluster are assigned value 1. Thus, it binarises the grayscale image. 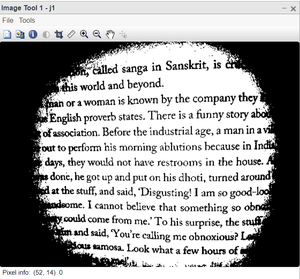 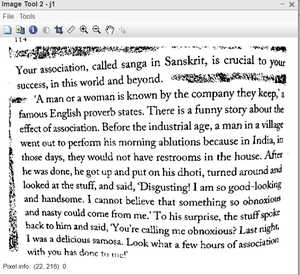 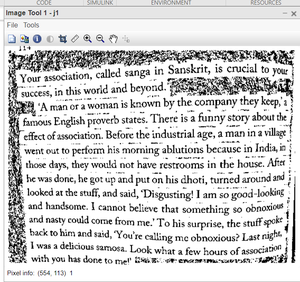