A code editor is a software used for creating and developing projects. Code editors provide an efficient way to write, debug, and modify source code, develop and handle large scale projects and often come with added functionalities which provide great aid to developers.

Unlike IDE’s(Integrated Development Environment) are small in size and provide support for multiple programming languages.

Visual Studio Code also known as VS Code is an open source code editor by Microsoft with provided support for Windows, Mac and Linux OS. It is a powerful code editing software and provides extension which further assistance in programming. VS Code supports popular programming languages like C, C++, HTML, CSS, JAVA, Python and much more. 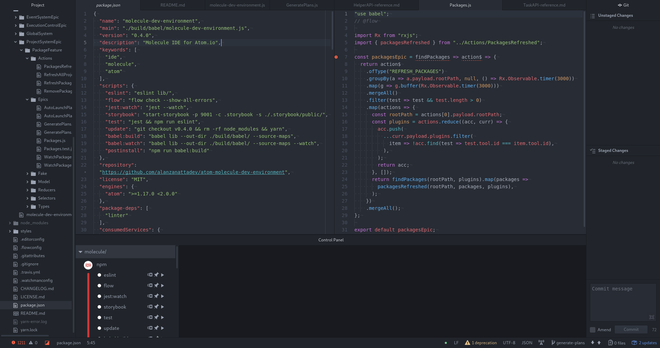 Atom is an open source code editor developed by Github itself and has huge community support. It is also supports all popular OS like Windows, Mac and Linux.

Sublime Text Editor is a famous cross-platform code editing software with support for programming in multiple language by means of plug-ins. It is available for Window, Mac and Linux as well.

Brackets is an open-source project and great editor for web-developer. It has a great community and has support for Windows, Linux and Mac. If you are looking for a code editor for your web-development then brackets is the way to go.

Notepad++ is a very light-weight code editing software. If you are looking for saving computer resources for RAM hungry code editors, then Notepad++ is a must try. It supports Windows and Linux.