For editing individual bytes of data, Hex editors are used and are often used by programmers or system administrators. Debugging or reverse-engineering binary communication protocols are some of the most commonly used situations. Of course, you can use hex editors for many other things, such as reviewing files with an unknown file format, hex comparison, program memory dump analysis, and others.

ASCII, non-ASCII, NULL bytes, ASCII whitespace, etc. are among the numerous byte types. These types are characterized by distinct colors for convenience. The Hexyl Hex Editor is a tool that gives different bytes the ability to distinguish by indicating them in different colors. Hexyl also provides the number of bytes, plus their textual representation, with details. Some limitations do come with the Hexyl Hex editor. The Hexyl Hex Editor installation process varies from OS to OS. So, you should first review the installation process for your OS before going to this Hex Editor. 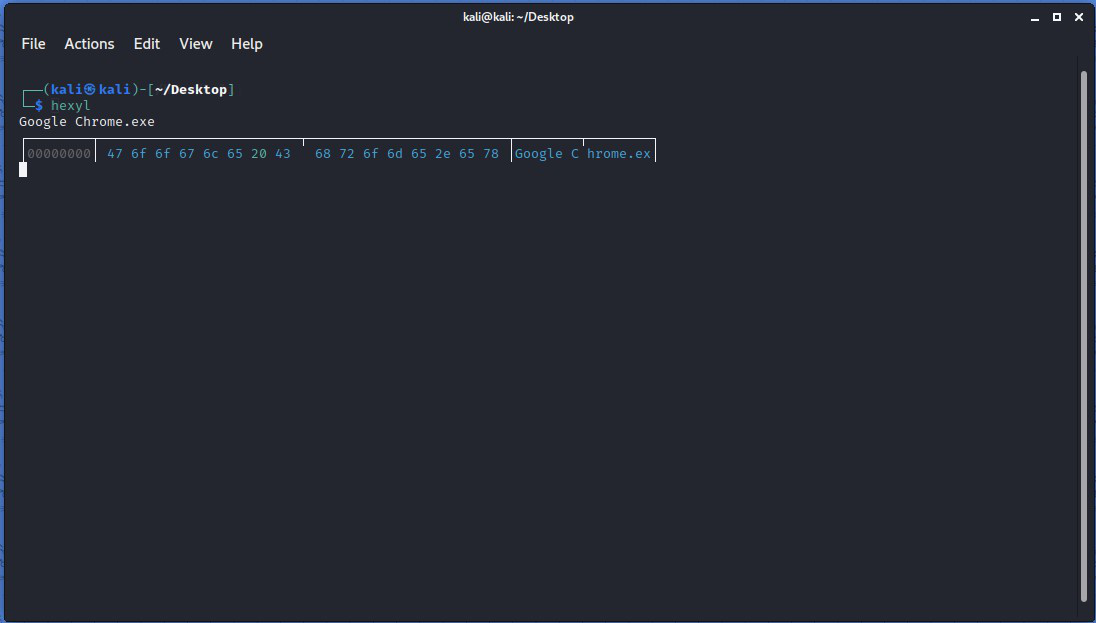 GHex is available as a Hex Decimal Editor for your Linux system. There are a number of Hex Editors that you can use in programs to view hexadecimal data. Ghex is a good choice since it transforms a binary into a decimal, octal, or hexadecimal value automatically. It also finds and counts the offset you’re after. All you need to do is simply pick the bytes, and GHex will automatically do the conversion in the end, which can be helpful for many individuals. 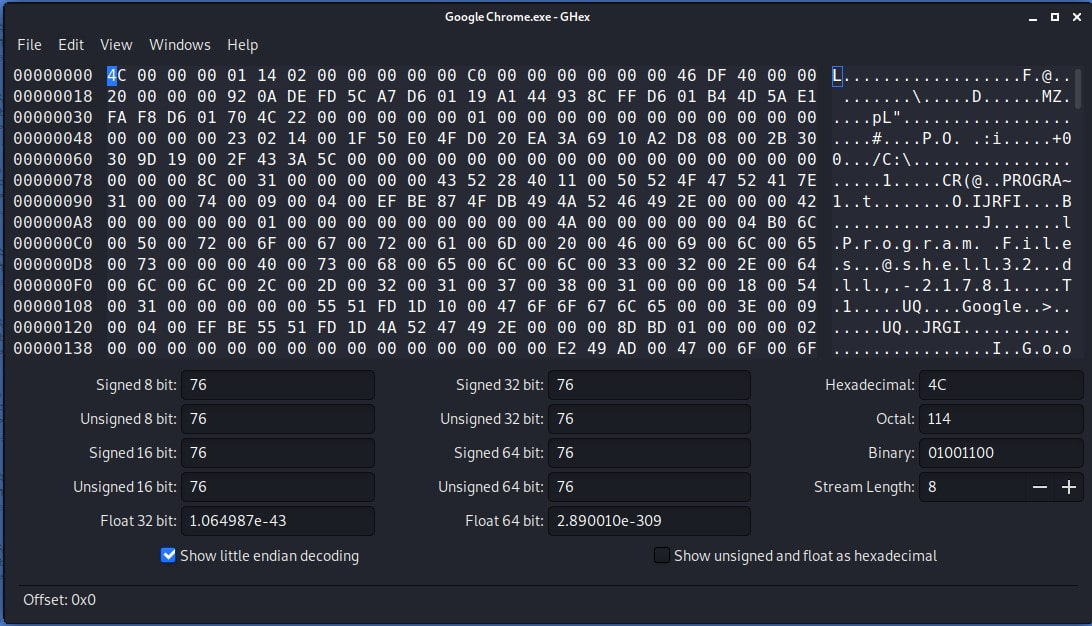 The HexEdit Hex Editor is another Hex Editor used for editing binary files. Unlike the Xxd Hex Editor, the ASCII (numerical coding) form of the file is also shown by HexEdit. For modern operating systems, including Linux and Windows, this editor is mostly used. 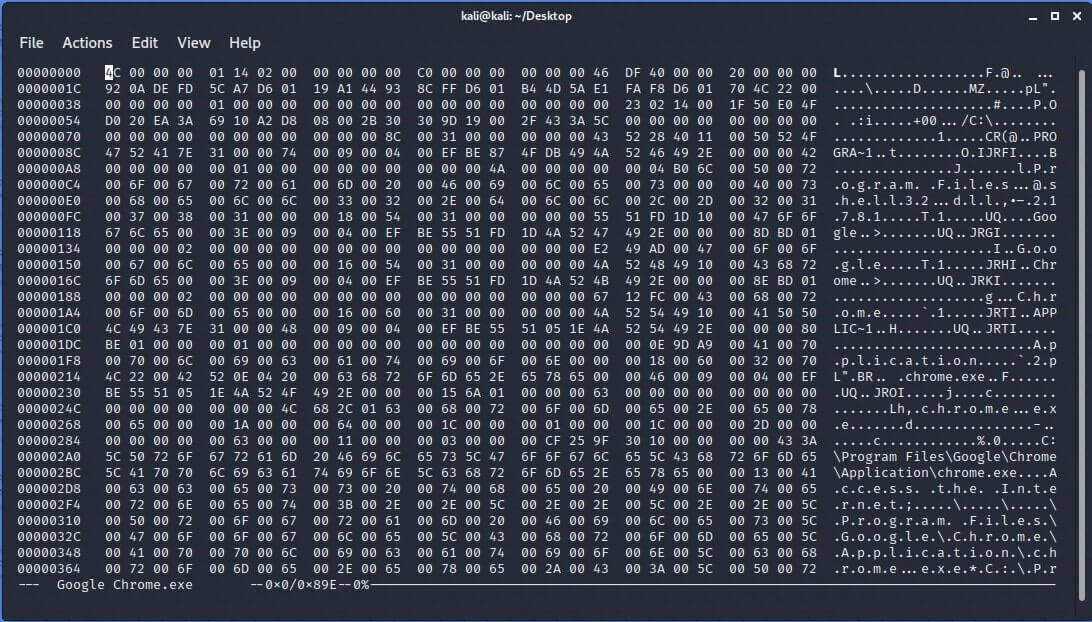 Have you ever needed a binary to be converted to a command line? Well, there’s a simple way to use the Xxd command on Linux to construct a Hex dump of a file. The data viewed in hexadecimal form is referred to as the hex dump. When debugging a program, you may wish to use hexadecimal or reverse engineer a program. So, if you’re dealing with binary stuff, if you want to see any binary files or to reverse engineer, the Xxd command is very useful. 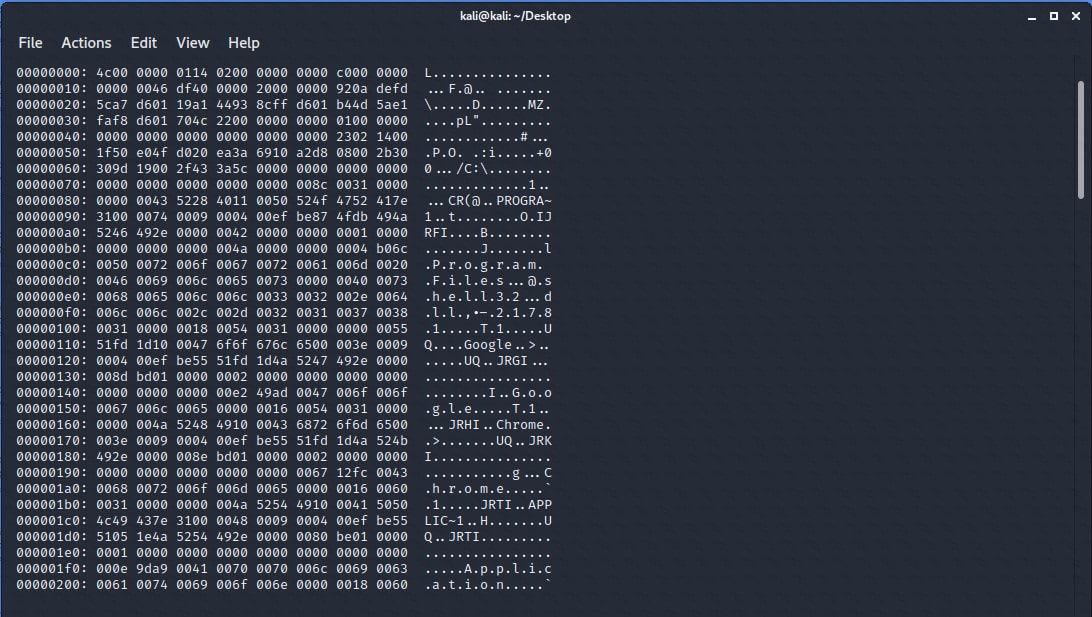 One of the most advanced Hex Editors is the Blex Hex Editor, which is very similar to the previous editor mentioned above. Using the Bless Hex Editor, you can edit huge data files. It is a very strong instrument that you can use to check for yourself. You can recover PHP-written data quickly. The Bless Hex Editor has an advanced data editing feature that can effectively erase the instructions. 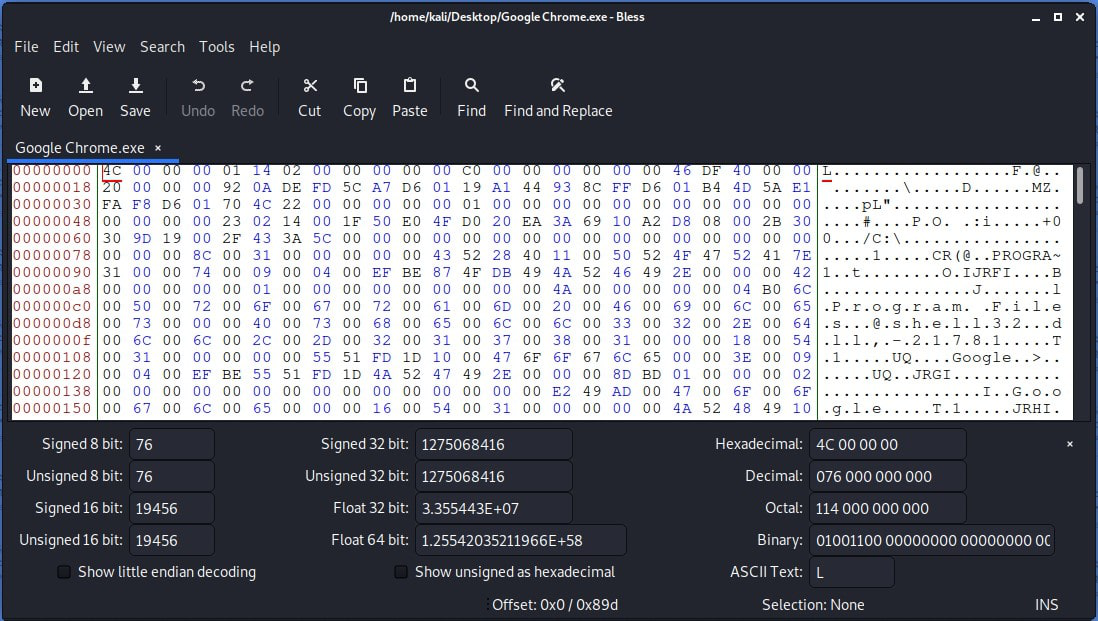 There are particular features in any Hex Editor that make it special. The Oketta Hex Editor is famous for opening multiple remote HTTP and FTP files. For editing or reviewing hex details, it is one of the simplest Hex Editors.

WxhexEditor is another advanced Hex Editor for data editing. This Hex Editor is best for larger devices with files. It is possible to run WxhexEditor on different platforms, including Windows, Linux, Mac, and BSD. One of the Wxhexeditor’s most advanced features is its lower memory consumption and faster-operating speed. It can also fix bugs that, in the event of errors, make the version functional again. 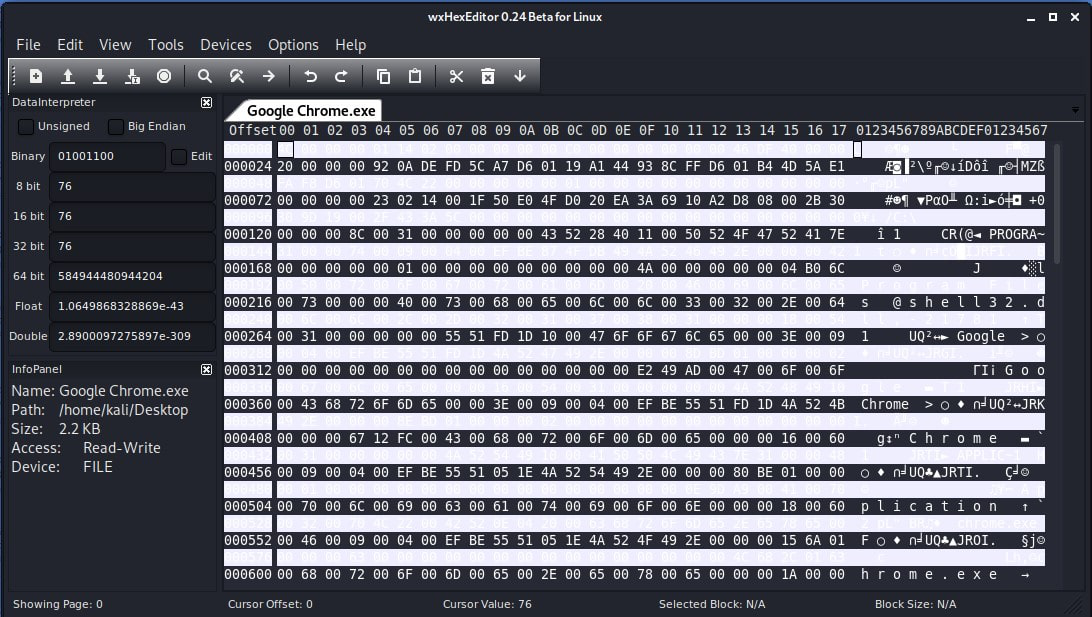 Hexer is a multi-buffer editor for binary file viewing and manipulation. It can’t make it to edit block devices, it should (not) be used because it tries to load the entire file Coming into a buffer (it should work for diskettes). Hexer’s most significant features are Multi buffers, multi-level undo, completed command-line editing. 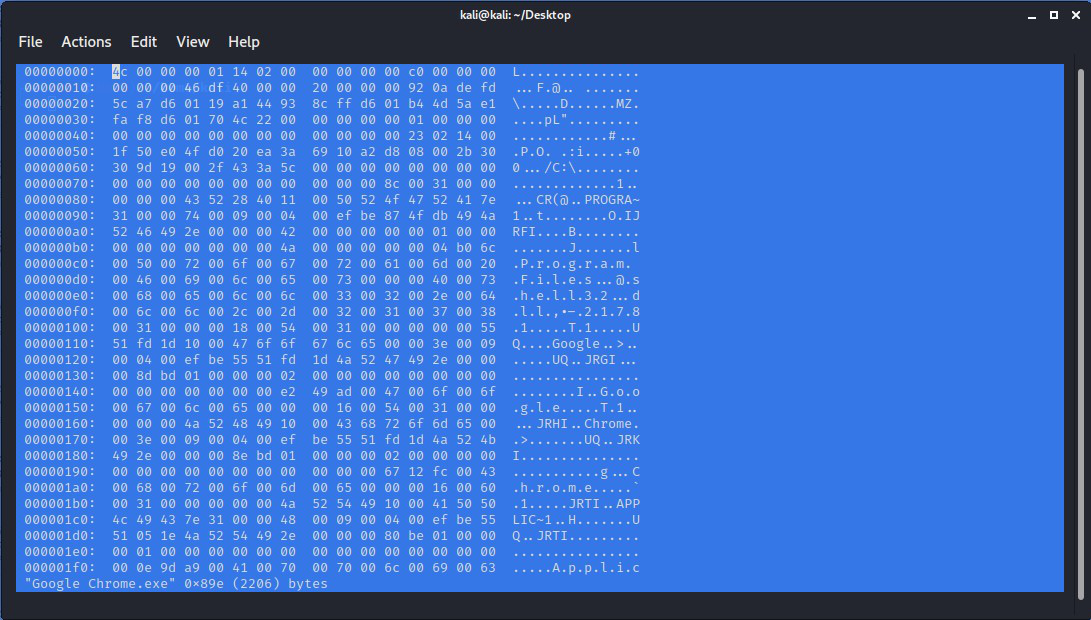 One of the most common Hex Editors for Kali Linux is the Hexcurse-Console Hex Editor. You can easily open files and use this tool to edit the details. With Hexcurse, you can switch between HEX and ASCII formats as well. 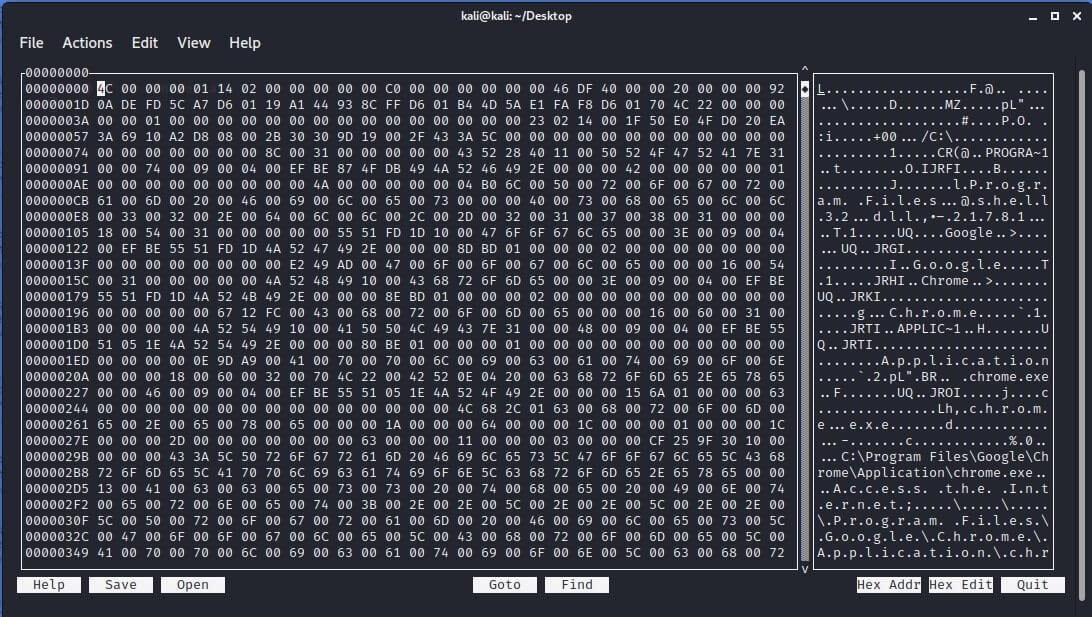 The Dhex hex editor finds its application in large files while editing byte-level data. It’s a utility based on ncurses, which makes it very flexible and convenient. Dhex has a comparison mode in which two distinct raw binary files can be placed head-to-head by the user, making the comparison visually simpler. In Dhex, a base address is allocated to all loaded files, making dumping memory easier, and the general editing experience faster. 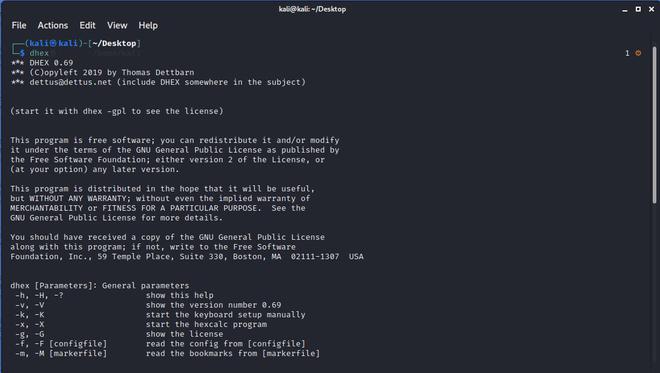