Introduction: This Project is based on Reinforcement Learning which trains the snake to eat the food present in the environment.

A sample gif is given below so that you can get an idea of what we are going to build.

The Prerequisite for this project are:

To understand how can we manually build this snake 2D animation simulation using pygame, please follow the link: https://www.geeksforgeeks.org/snake-game-in-python-using-pygame-module/

After building the basic snake game now we will focus on how to apply Reinforcement learning to it.

We have to create three Modules for this project: 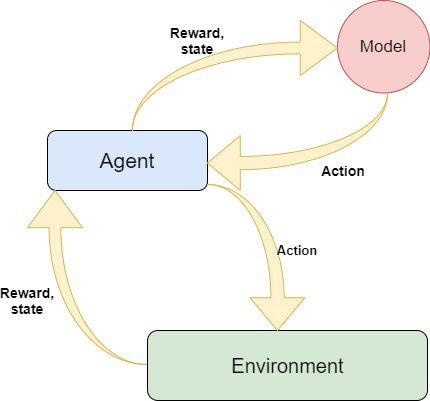 We have snake and food on the board randomly placed. 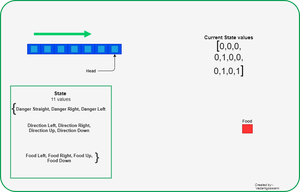 How 11 states are defined

Based on the current Head position agent will calculate the 11 state values as described above. 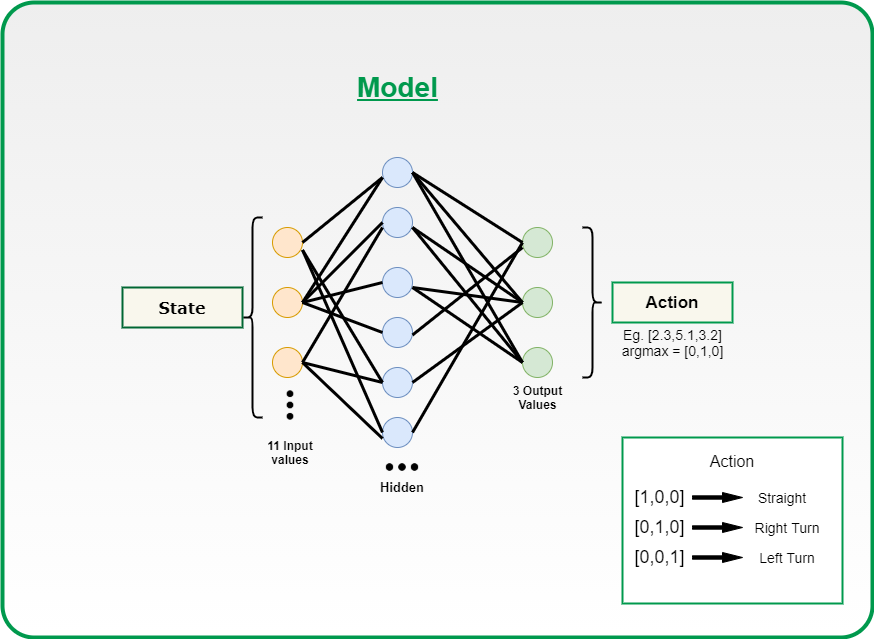 The model is designed using Pytorch, but you can also use TensorFlow based on your comfort.

We are using a Dense neural network with an input layer of size 11 and one dense layer with 256 neurons and an output of 3 neurons. You can tweak these hyper parameters to get the best result.

How do the models work?

The heart of this project is the model that you are going to train because the correctness of the move that the snake would play will all depend on the quality of the model you had built. So I would like to explain this using the code in parts.

Note: There is a trade-off between exploitation and exploration. Where exploitation consists of taking the decision assumed to be optimal for the data observed so far. And exploration is taking decisions randomly without considering the previous actions and reward pair. So both are necessary because taking exploitation may cause the agent to not explore the whole environment and exploration may not always provide a better reward.

In future, you can use this trained model by just changing the code in the agent.py file as shown below: 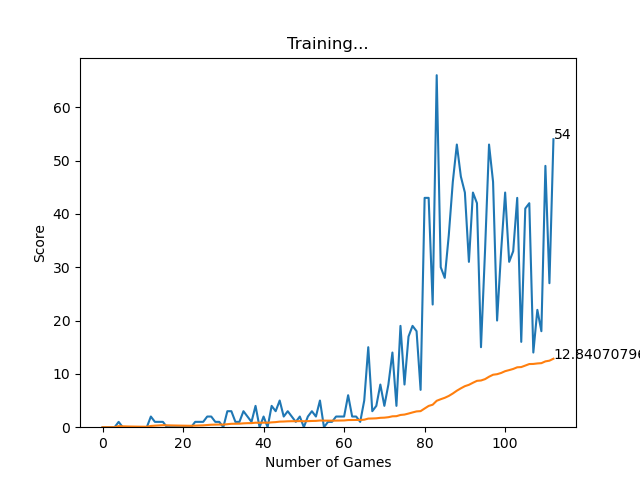 The goal of this project is to give an idea that how Reinforcement learning can be applied and how it can be used in Real-world applications such as self-driving cars (eg: AWS DeepRacer), training robots in the assembly line, and many more…