Types of Environments in AI 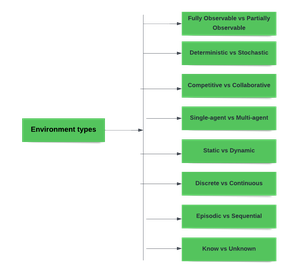