Why FIRST?
We saw the need of backtrack in the previous article of on Introduction to Syntax Analysis, which is really a complex process to implement. There can be easier way to sort out this problem:

If the compiler would have come to know in advance, that what is the “first character of the string produced when a production rule is applied”, and comparing it to the current character or token in the input string it sees, it can wisely take decision on which production rule to apply. 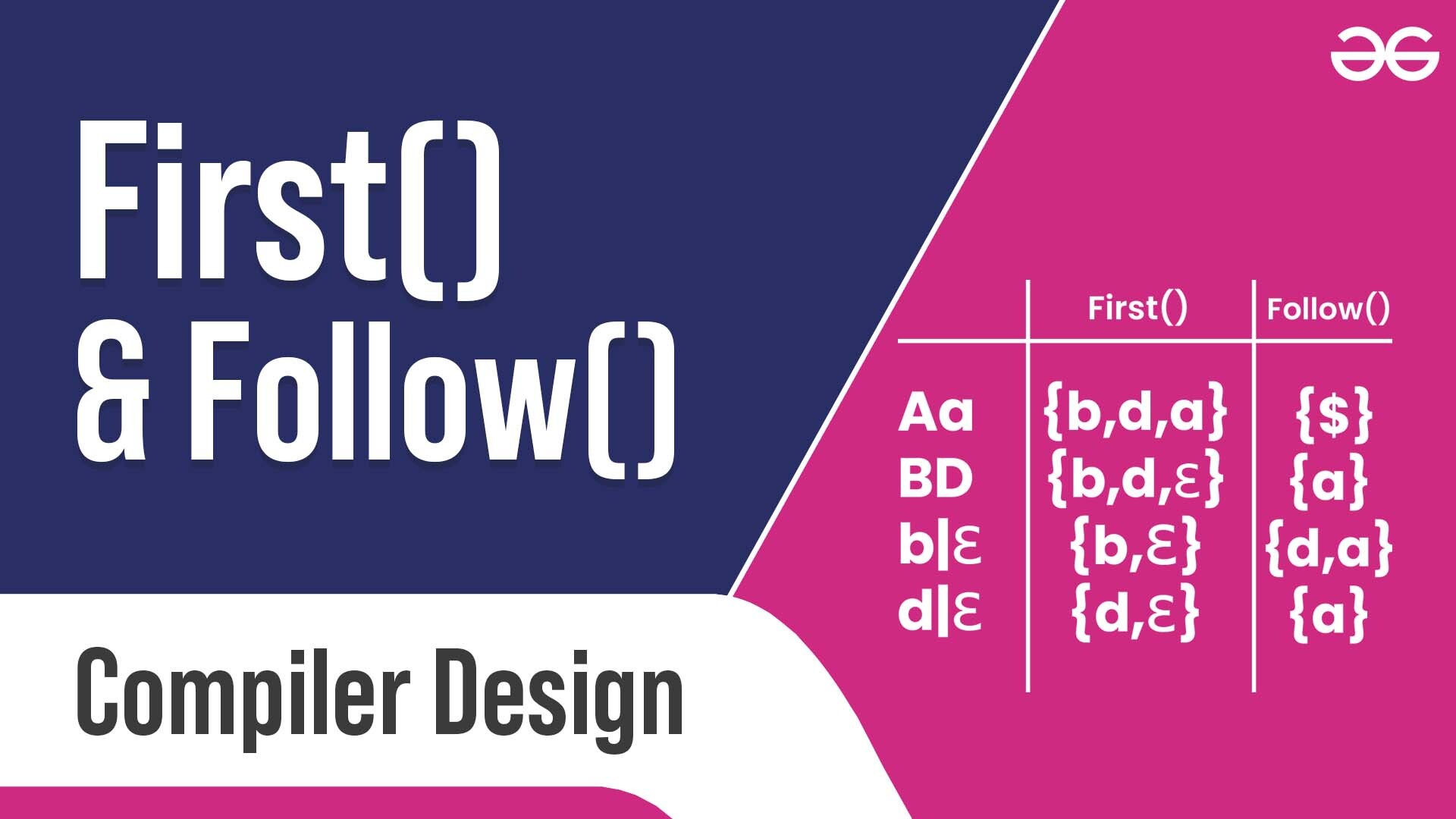 Let’s take the same grammar from the previous article:

Why FOLLOW?
The parser faces one more problem. Let us consider below grammar to understand this problem.

As the first character in the input is a, the parser applies the rule A->aBb.

In RHS of A -> aBb, b follows Non-Terminal B, i.e. FOLLOW(B) = {b}, and the current input character read is also b. Hence the parser applies this rule. And it is able to get the string “ab” from the given grammar.

So FOLLOW can make a Non-terminal vanish out if needed to generate the string from the parse tree.

The conclusions is, we need to find FIRST and FOLLOW sets for a given grammar so that the parser can properly apply the needed rule at the correct position.

In the next article, we will discuss formal definitions of FIRST and FOLLOW, and some easy rules to compute these sets.

This article is compiled by Vaibhav Bajpai. Please write comments if you find anything incorrect, or you want to share more information about the topic discussed above