Top NoSQL Databases That Every Data Scientist Should Know About 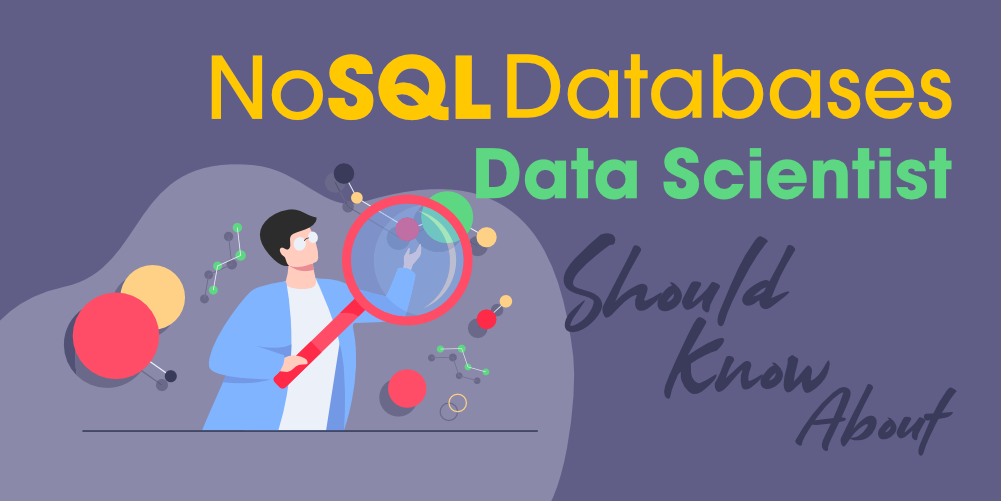 The demand for data scientists has increased in the last few years. With the increase in demand for data scientists, the demand for the NoSQL database has also increased. If you are in the profession of solution architect, selecting a suitable database cannot be an easy task. You need to be friendly with all types of NoSQL databases. Here is a list of the top 5 databases that are trending in 2020.

This is an open-source NoSQL database system, written in java. It was founded by Shay Banon and was released to the public on 8th February 2010. It provides a HyperText Transfer Protocol interface and free schema JSON documents. It is the most famous search engine behind the Apache Solr according to Lucene. It is based on the Lucene library.

It is more consistent and scalable as compared to other databases. It is also known as an analytics engine as it can store, easily analyze, and search huge amounts of data. It is used to search for all varieties of documents. It supports scalable search, supports multitenancy, and helps in real-time search. It is distributed which shows that indices are divided into shards and every shard has 0 or more replicas. Every node has one or more 1 or more

This database is mainly used for full-text search. Currently, more than 2500 companies are using it including medium, Stackoverflow, and Udemy, etc. Chatbots can also be build using this database.

It is the most used document — deploy a NoSQL database. It is written in C++, Go, JavaScript, and Python. It was released on 11th February 2009. It was released in English only in 2009. Its operating system is Windows Vista and later it was changed to Linux and now finally it is Solaris. It is a cross-platform database program.

It keeps the data in flat files in their own binary storage objects and helps in storing the data in a very compact and efficient way and it is perfect for keeping a high volume of data. It reserves the documents or data in JSON objects. It is a schema-less database that makes it flexible from other traditional databases. The main reason for being schema less is that it has many contents, fields, and sizes which is different from other documents.

It is a highly scalable and available database. It helps queries faster because of features like replication and indexing. In MongoDB, a document can be used for indexing with the help of secondary and primary indices. It can help in replicating data using nodes. It replicates the data using primary and secondary nodes.

Master-slave architecture is primarily used in this replication process. If you are thinking to merge hundreds of distinct data sources, MongoDB will be the best choice as it will give one unified look at the data.

It is also used to save clickstream data and utilize it for consumer behavioral analysis. It is used in more than 3500 companies including eBay, Coinbase, Google, Uber, and Nokia.

This database is fully owned and managed by Amazon Web Services. It works well for small applications while it had some limitations for large scale applications. It can easily handle ten trillion instructions per day. It is consistent and its response time is less than a millisecond. It copies your data across all regions of AWS so that you can access data fast and locally from anywhere you want.

It is popular for its scalability. It is used to build web and mobile apps with real-time updates and offline data access. It is also extensively used in the gaming industry by companies to build game platforms and to build real-time scoreboards.

If your requirement is a database that can manage easy key-value problems in a huge number, then DynamoDB is the best option. If you are using OLTP workload then also DynamoDB is the best choice. It is used by more than 800 companies including Lyft, Snapchat, and Samsung.

It is an open-source database system built by Facebook and inspired by Google big table. It is scalable and available widely. It can manage petabytes of data and thousands of simultaneous requests per second. The best use of this database is when writing tasks are more than reading one. It is used by more than 450 companies including Netflix, Facebook, Spotify, Instagram, and Coursera, etc.

It is an open-source and highly scalable database system. It is written in java and works on Hadoop distributed file system (HDFS). This database is the best fit if you have more than petabytes of data to process. It also helps in real-time and random permission or access to data. It can easily store messages or data from millions of people. It is used by more than 75 companies including Pinterest, HubSpot, and Hike.