In this article, we will learn how to develop and publish your own npm package (also called an NPM module).

There are many benefits of NPM packages, some of them are listed below:

The life-cycle of an npm package takes place like below: 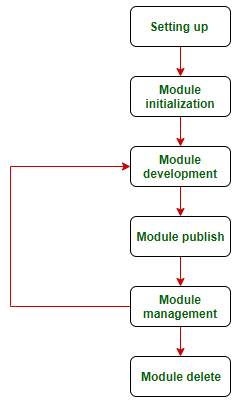 1. Setup a Project: Setting up a project is required before doing anything.

2. Initializing a module: To initialize a module, Go to the terminal/command-line and type npm init and answer the prompts. 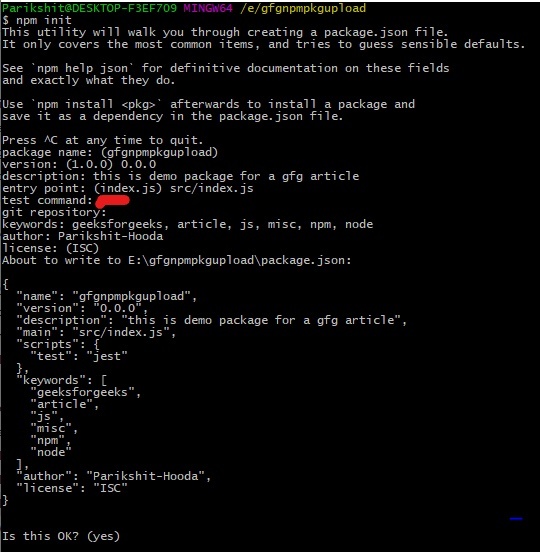 Ultimately, it is desirable if our project directory looks something like:

3. Building a module: This phase is the coding phase. If you have any experience of using NPM modules, you would know that NPM modules expose methods that are then used by the project. A typical control-flow is:

Lets first implement a simple function that add two numbers in the npm module. This function looks like below:

Note that, the structure of index.js file (which is the entry point of npm module that we are building).

If your package name is usable, it should show something like in the image below.

If your module name already exists, go to the package.json file of the npm module project and change the module name to something else.

Now after checking the name availability, go to command-line/terminal and do the following: 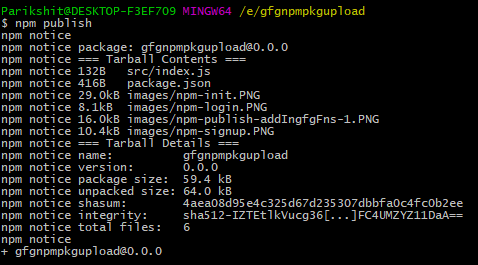 Now, lets try to use this module and see if it works.

5. Updating and managing versions: If a software is being developed, it is obvious that it has versions. Versions are a result of bug fixes, minor improvement, major improvements and major releases. To cater to versioning, NPM provides us with the following functionality.

Versioning and publishing code: NPM allows us to version our module on the basis of semantic-versioning. There are three types of version bumps that we can do, ie, patch, minor, and major. For example, if the current module version is 0.4.5:

When we run the above command, the version number in the package.json file is automatically updated as well.

Note: If the module is being re-published without bumping up the version, NPM command-line will throw an error. For example, look the below image. 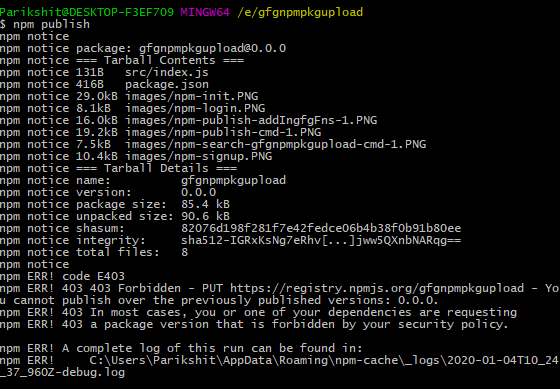 Here, the command-line threw an error because an ‘npm publish’ was attempted without bumping up the version.
An obvious note: You can’t bump-down the version. For example, the version can’t change from 0.1.2 to 0.1.1 .

What happens when user has older version of the module ? When an npm module is re-published (updated), the users just have to run ‘npm install gfgnpmpkgupload’ (npm install packagename) again to get the latest version.

A package dependent on other packages: In the journey of developing packages, it is common to search, use and see dependencies. Doing this takes place like something below:

Building a more complex module: Lets try to build a module that reads a txt file, extract numbers from the file, adds them all and display the result in a console.
To do this, our npm module should be this.
Now, we have our module set, lets import it into our new project using

Before running the above command, do run

to set up the project.

The datafiles should contain a numFile.txt that has the numbers that have to be added and displayed in console.

To consume this numFile.txt, we will have a gfgapp.js that will do the actual addition.

To test this, go to command-line and run

NPM's unpublishing packages from the registry is a good page to go through to learn more about this.

Complete Interview Preparation- Self Paced Course
View Details
Most popular in JavaScript
Most visited in Node.js