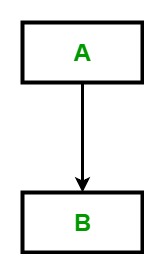 Use of super Method in Inheritance: This method is used to call the parent class method in the child class. If the method does not contain any argument it automatically passes all its arguments. A super method is defined by super keyword. Whenever you want to call parent class method of the same name so you can simply write super or super().