Perimeter and Area of Varignon’s Parallelogram

Given a and b are the lengths of the diagonals AC and BD of a quadrilateral ABCD with the area of quadrilateral as s. The task is to find the perimeter and area of the Varignon’s parallelogram PQRS. 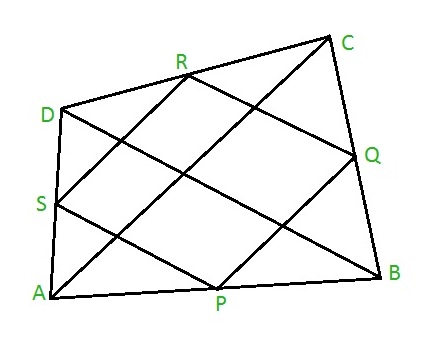