Virtualization software is able to convert hardware IT resources that require unique software for operation into virtualized IT resources. As the host OS is a complete operating system in itself, many OS-based services are available as organizational management and administration tools can be utilized for the virtualization host management. 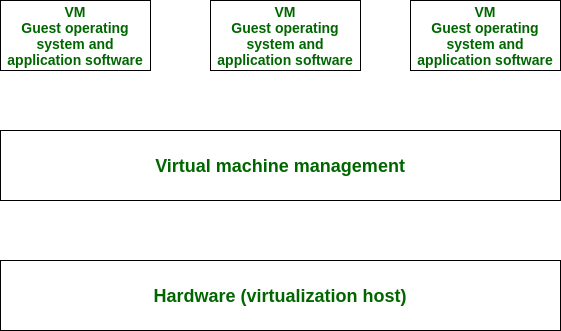 The Operating system may have the capability to allow or deny access to such resources based on which the program requests them and the user account in the context of which it runs. OS may also hide these resources, which leads that when a computer program computes them, they do not appear in the enumeration results. Nevertheless, from a programming perspective, the computer program has interacted with those resources and the operating system has managed an act of interaction.

With operating-system-virtualization or containerization, it is probable to run programs within containers, to which only parts of these resources are allocated. A program that is expected to perceive the whole computer, once run inside a container, can only see the allocated resources and believes them to be all that is available. Several containers can be formed on each operating system, to each of which a subset of the computer’s resources is allocated. Each container may include many computer programs. These programs may run parallel or distinctly, even interrelate with each other.