When an execution environment is virtualized at unlike levels of the stack of computation then it requires a reference model which defines the interfaces within the level of abstractions, and this level of abstraction hides the details of implementations.
This projects an idea that, virtualization techniques can substitute any one layer and can intercept the calls which are directed to it. That’s why a clear separation within the layers can simplify their implementations, which only need an emulation of the interfaces and a proper response with the underlying layer.

At the base layer, the model for the hardware is declared or manifested on terms of an architecture i.e. Instruction Set Architecture (ISA). 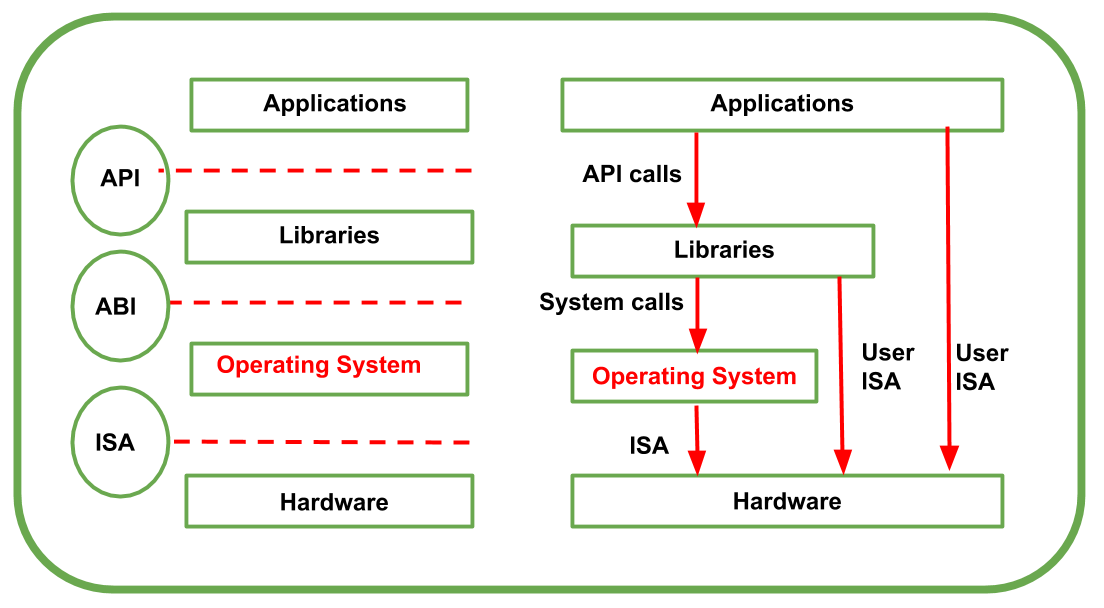 Application Binary Interface (ABI) covers facts such as low-level data types and call conventions and it also defines a format for many programs. Mainly, system calls are defined at this level. Moreover, this type of interface enables portability of various applications and libraries across OS which employ the same ABI. Application programming interface (API) is represented by the highest level of abstraction. This API interfaces applications to libraries and/or the core OS. For an action is to be performed in the application level API, ABI and the two which are responsible to make it done. Mainly, CPU runs on two privilege levels: 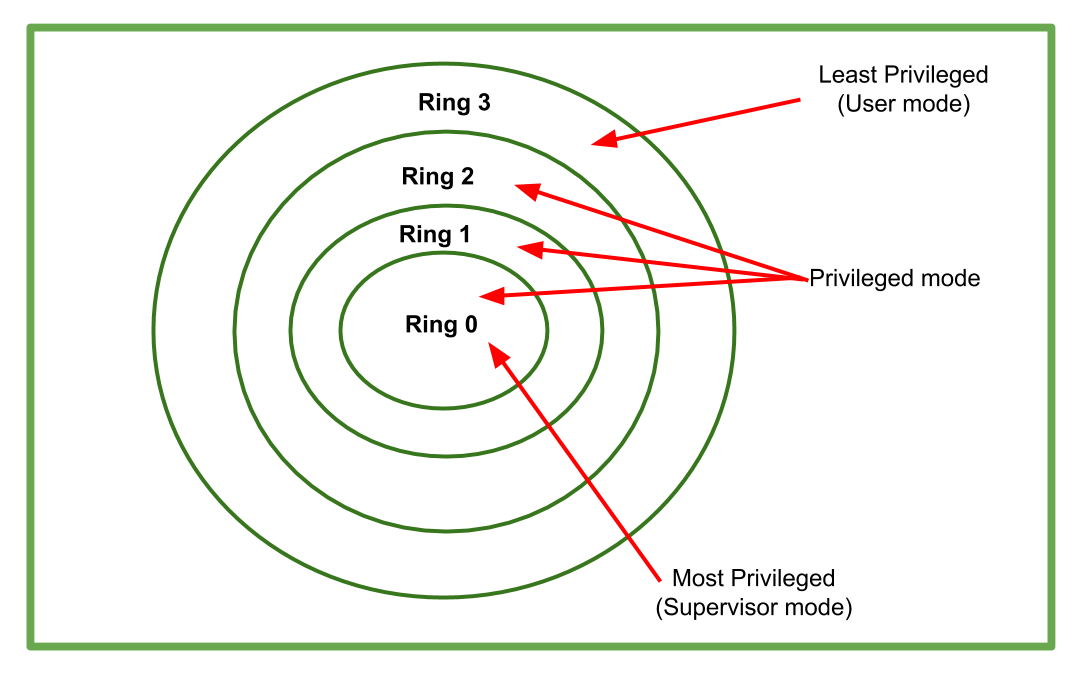 It is expected that in a hyper visor-managed environment, code of guest OS runs in user to prevent it from the direct access of OS’s status. It is no longer possible to completely isolate the guest OS when non-privileged instructions are implemented.