Although Generative Adversarial Networks are very powerful neural networks that can be used to generate new data similar to the data upon which it was trained upon, It is limited in the sense that it can be trained upon only single-modal data ie Data whose dependent variable consists of only one categorical entry.

If a Generative Adversarial Network is trained on multi-modal data, it leads to Modal Collapse. Modal Collapse refers to a situation in which the generator part of the network generates only a limited amount of variety of samples regardless of the input. This means that when the network is trained upon multi-modal data directly, the generator learns to fool the discriminator by generating only a limited variety of data.

The following flow-chart illustrates training of a Generative Adversarial Network when trained upon a dataset containing images of cats and dogs: 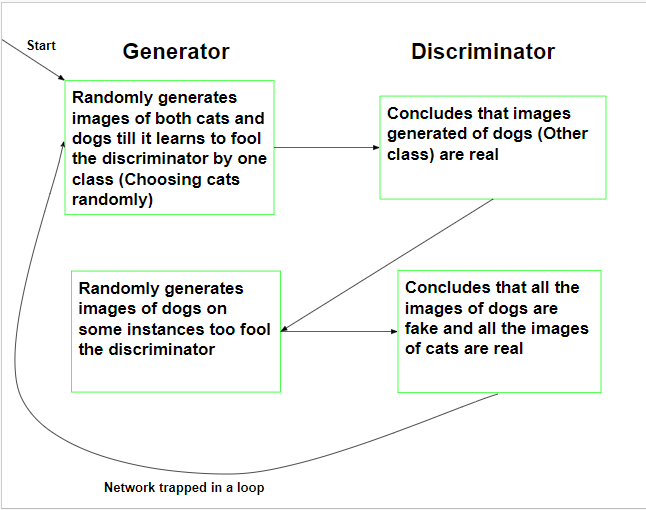 The following approaches can be used to tackle Modal Collapse:-