When asked about the most basic and fundamental unit that exists, the name that comes to mind is an atom. Atom is the root of the formation of matter, that is, every matter is made up of atoms, and it is the building block of matter. In chemistry, the structure and the features of an atom are discussed along with the history attached to it. The discovery of an atom and its structure was not so simple and was explained with a lot of experimentation and failures. The discovery of the atom led to explanations and questions regarding the structure of an atom, one such structure was introduced by the scientist Rutherford known as the “Rutherford’s model of an atom”. Let’s learn in more detail,

Many scientists came up with different ideas and explanations of the structure of an atom. The most classical model was introduced by the scientist named Ernest Rutherford. Rutherford’s model later was said to be not the accurate version, however, the model did give a brief introduction to what and how the atom is formed. Rutherford explained that an atom is mainly made up of Electrons, Protons, and neutrons, and they are arranged in the atom in a fixed manner.

According to Rutherford’s model of an Atom, an atom is made up of mostly empty space and there exist electrons with spaces revolving around the nucleus in their fixed paths. The nucleus is positively charged due to the presence of protons (the positive charge), apart from the protons, neutrons (no charge on them) are also present inside the nucleus.

It can also be said that the electrons were embedded uniformly around the positively charged nucleus, and the force between was the positive and the negatives charges is what keeps an atom in place and intact. 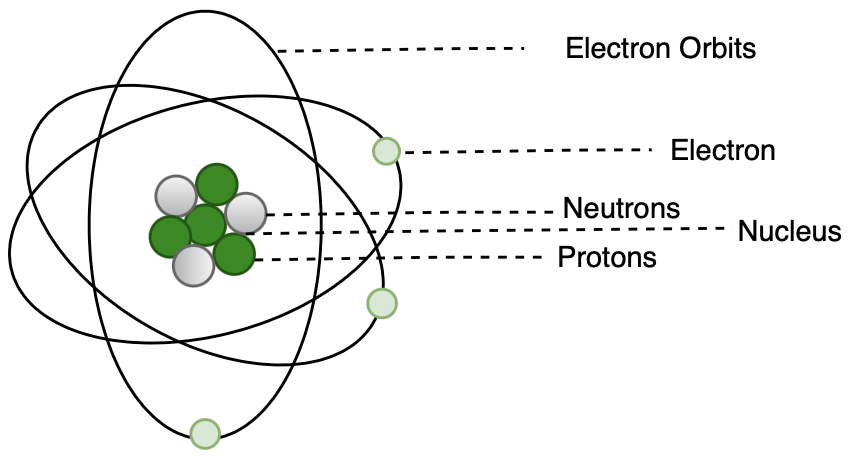 The British physicist “Rutherford” conducted an experiment by bombarding alpha particles on a thin sheet made up of gold. As soon as the particles hit the gold foil, they gained certain trajectories and the trajectories were studied by Rutherford. The gold sheet being extremely thin (around 100nm thickness) when met with the high energy beamed alpha particles, the sheet deflected the particles and were collided on the fluorescent Zinc sulfate screen that was placed around the foil. Observing this, Rutherford made certain observations. 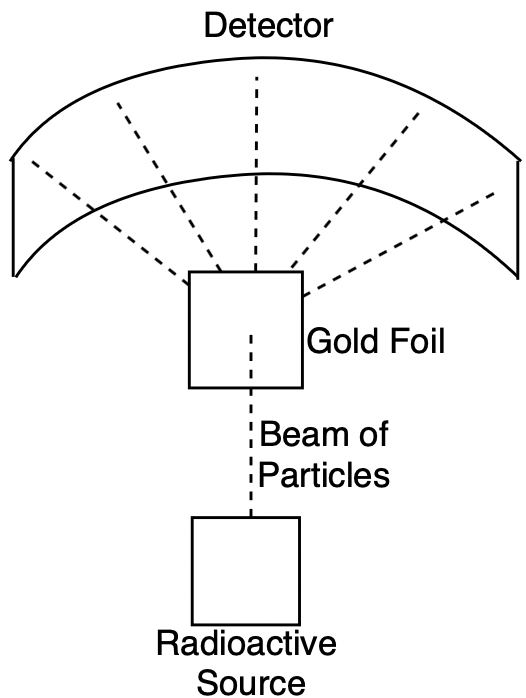 Drawbacks of Rutherford’s model of an Atom

The model of the atom proposed by Rutherford is still known as the classical model and was very much accepted at that time, however, later on, it was revealed that there were certain aspects that this model was not able to answer, hence, certain drawbacks of Rutherford’s model of an atom were introduced, they were as following: 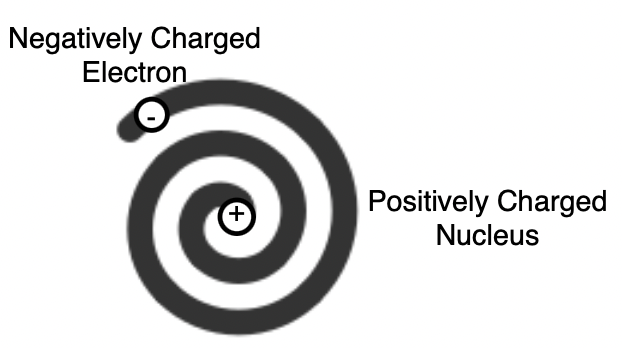 Question 1: Why gold was used as a thin sheet in Rutherford’s alpha scattering experiment?

Since Gold has the best malleable property as a conductor, it could easily be formed into the thinnest sheet in order to observe an atom and its structure.

Question 2: What is the major drawback of Rutherford’s model of an atom?

Question 3: Explain the particle used in the experiment done by Rutherford.

The particle used was Alpha particles, denoted as “α” and alpha particles have 4 units of mass and 2 units of positive charge present on them. They are emitted from materials like Radium that are radioactive in nature. They can easily penetrate through objects, and since, atom has concentrated positive charge, they were able to deflect.

Question 4: Most of the atom is empty spaces. How was this statement concluded?

Question 5: What was one accuracy in Rutherford’s model of an atom?