Direction Sense :
It is a basic topic of reasoning. On this topic we will learn how to detect the direction according to the given situations.
Basically , there are four major directions – East (E) , West (W), North (N) and South (S).
Directions are shown in the given figure. 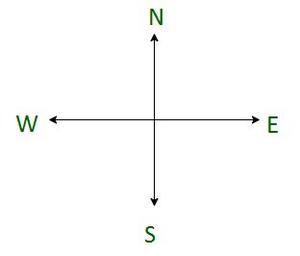 An image showing the 4 Directions 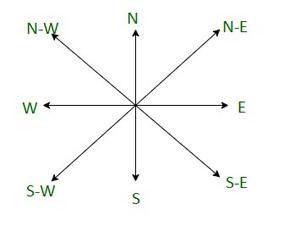 To solve the direction sense test questions, you need to make a sketch of the data provided and according to that sketch you will easily get to the answer.

So, from the above image it is clear that ram is 7 km away from the starting point.

Example 2 –
Sam started walking from point A towards East and walked for 6 km, then he turned to the left and walked for 8 km to reach point B. How far was he from the starting point?
Solution –
Now, according to the question, 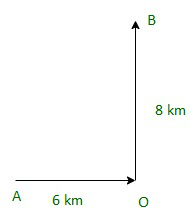 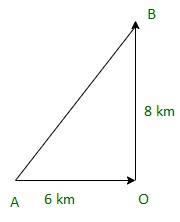 Therefore, the distance from the starting point is 10 km.

Example 3 –
One morning after sunrise, Mahesh was standing facing a pole. The shadow of the pole fell exactly to his right. To which direction was he facing?
Solution –
The sun rises in the East (E) in the morning.
As the shadow of Mahesh falls to his right.
So he must be facing South.
Hence, the answer is the south.

Example 4 –
M is in the East of N, which is in the North of S. If P is in the South of S, then in which direction of M, is P?
Solution –
Let us understand through the diagram , which will clear the question more. 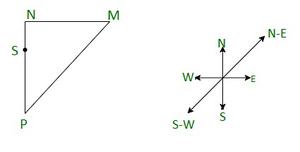 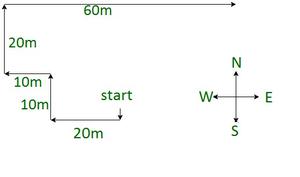 we start facing south, and after that follow the paths given in question above,
Now, we have to find a direction from the starting point. 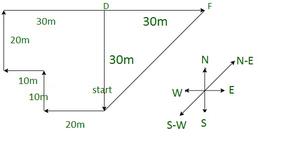