Difference between Flutter and Angular

Flutter: Flutter is Google’s Mobile SDK to build native iOS and Android, Desktop (Windows, Linux, macOS), Web apps from a single codebase. It is an open-source framework created in May 2017. When building applications with Flutter everything towards Widgets – the blocks with which the flutter apps are built. They are structural elements that ship with a bunch of material design-specific functionalities and new widgets can be composed out of existing ones too. The process of composing widgets together is called composition. The User Interface of the app is composed of many simple widgets, each of them handling one particular job.

The Software Development Kit contains a number of tools that will help you work on your applications. Some of these tools enable you to compile your code into native machine code on both iOS and Android. It comprises of UI Library based on widgets ie., It consists of reusable user interface elements (buttons, text fields, sliders, etc.) that can be refactored or modified as per your requirements.

Let’s understand the concept through an example. 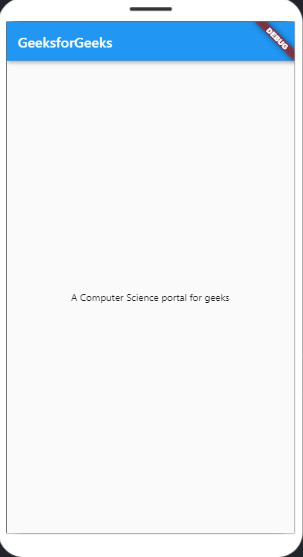 For more information, please refer to Flutter Tutorial & to the official website flutter_docs

Angular: Angular is an open-source front-end framework that is mainly used to develop single-page web applications(SPAs). It is a JavaScript framework that is written in TypeScript. As a framework, It provides developers with a standard structure that enables them to create large applications in an easily maintainable manner. It is a continuously growing and expanding framework which provides better ways for developing web applications. It changes the static HTML to dynamic HTML.

The name “Angular” simply refers to the various versions of the framework. Angular was developed in the year 2009.

Model View Controller(MVC): An architecture is basically a software pattern used to develop an application. It consists of three components in general, they are:

Normally when we talk about MVC architecture, we have to split our applications into these three components and then write the code to connect them. However, in AngularJs all we have to do is split the application into MVC and it does the rest by itself. It saves a lot of time and allows you to finish the job with less code.

Some other features are:

We will understand the concept through an example.

Difference between Flutter and Angular:

Complete Interview Preparation
View Details
System Design-Live Classes for Working Professionals
View Details
Data Structures & Algorithms- Self Paced Course
View Details
Most popular in AngularJS
Most visited in Difference Between
We use cookies to ensure you have the best browsing experience on our website. By using our site, you acknowledge that you have read and understood our Cookie Policy & Privacy Policy