1. Ad hoc Network :
An ad hoc network is a network that is composed of individual devices communicating with each other directly. The term implies spontaneous or impromptu construction because these networks often bypass the gatekeeping
hardware or central access point such as a router. Many ad hoc networks are local area networks where computers or other devices are enabled to send data directly to one another rather than going through a centralized access point. 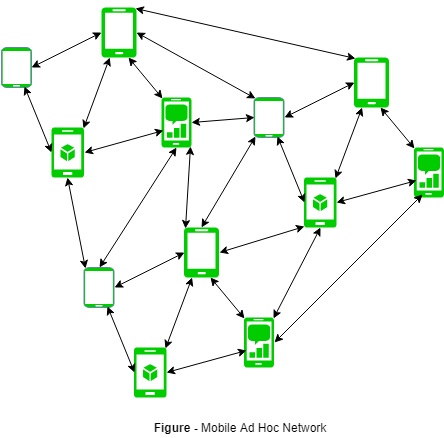 2. Cellular Network :
A Cellular network or Mobile network is a radio network distributed over land areas called cells, each served by at least one fixed-location transceiver, known as a cell site or base station. At present sent cell remote systems, for example, GSM/CDMA/HSPA/LTE are foundation type. Cell organize comprises of focal element known as base station and cell phones as Mobile Subscribers(MS). In the event that MS-A needs to speak with MS-B, correspondence happens by means of base station(BTS) as appeared in the figure. It follows hexagonal pattern. 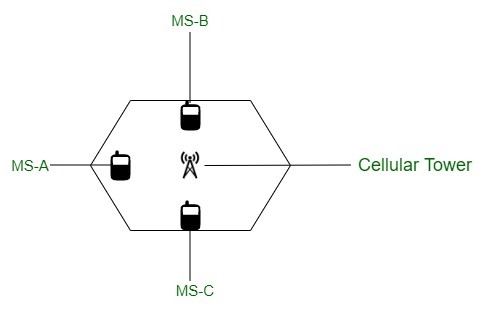 Let’s see that the difference between Cellular Network and Ad hoc Network :