Data types are means to identify the type of data and associated operations of handling it. There are three types of data types: 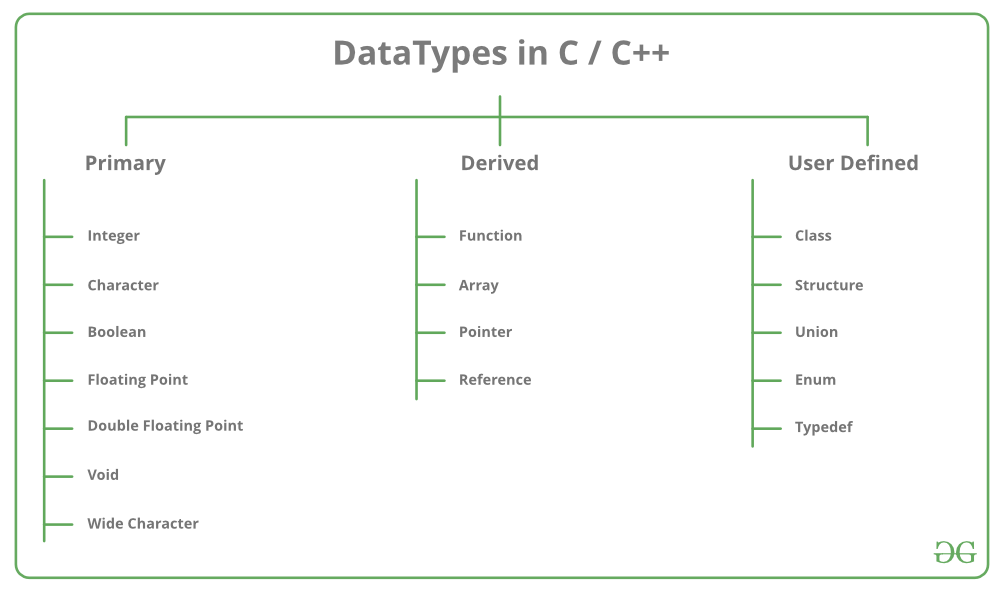 In this article, the Derived Data Type is explained:

The data-types that are derived from the primitive or built-in datatypes are referred to as Derived Data Types. These can be of four types namely:

Let’s briefly understand each of the following derived datatypes:

Previous
Literals in C/C++ With Examples
Next
ios manipulators nouppercase() function in C++
Related Articles
1. Difference between fundamental data types and derived data types
2. Virtual Functions in Derived Classes in C++
3. Catching Base and Derived Classes as Exceptions in C++ and Java
4. What happens when more restrictive access is given to a derived class method in C++?
5. Difference between Base class and Derived class in C++
6. Base class pointer pointing to derived class object
7. Behavior of virtual function in the derived class from the base class and abstract class
8. Data Types in C
9. Interesting facts about data-types and modifiers in C/C++
10. What Happen When We Exceed Valid Range of Built-in Data Types in C++?
Article Contributed By :