There are many kinds of definitions of the barbell graphs. The most commonly used one is an n-barbell graph which is a simple graph obtained by connecting two copies of a complete graph with n nodes. In this article, we are going to see how to use a barbell graph using python.

If N=3 Nodes then the graph will be shown as figures: 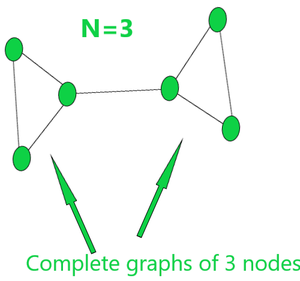 If N=4 Nodes then the graph will be shown as figures: 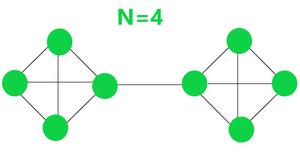 It is realized in python using the barbell_graph(n, m) function of the networkx library and matplotlib library.

barbell_graph(n, m): It returns a Barbell Graph with two complete graphs of n nodes which are connected via m node bridge in between. 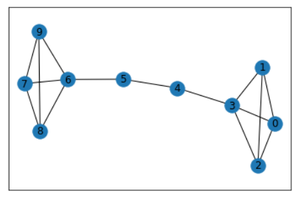 As we passed (4,2) as parameter’s to nx.barbell_graph() function is assigned a graph with 4 node clusters joined by a bridge of 2 nodes. And finally, we got the output as a view of graph G using the draw_networkx(G) function. 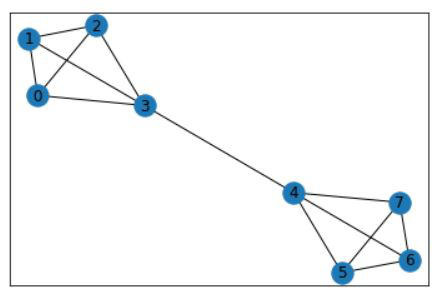