The basic Graph operations are as follows:

Getting Subgraph from a Graph:

Given a Graph, and a subset of its set of nodes, we can create a Subgraph by selecting these nodes and all the edges between them as were present in the original Graph. The following code will clearly illustrate this operation. 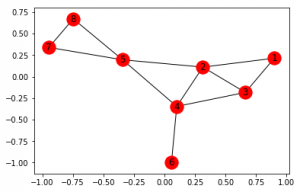 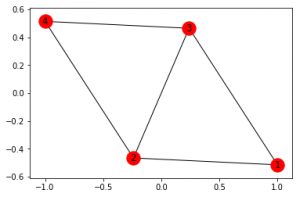 The original Graph G has nodes from 1 to 8. We have selected nodes 1, 2, 3 and 4 and created a Subgraph H which has 5 edges which were present among them in the original graph G.

Given two graphs G and H, the union of the 2 graphs create a single Graph which may have multiple connected components. But we have to keep in mind that the set of nodes of G and H should be disjoint, in other words, the two graphs shouldn’t have any nodes in common. 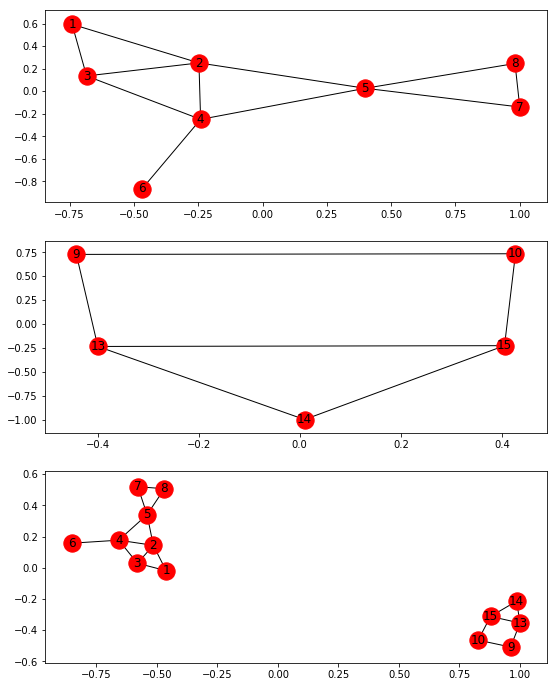 The newly formed graph I is the union of graphs g and H. If we do have common nodes between two graphs and still want to get their union then we will use another function called disjoint_set()

This will rename the common nodes and form a similar Graph. 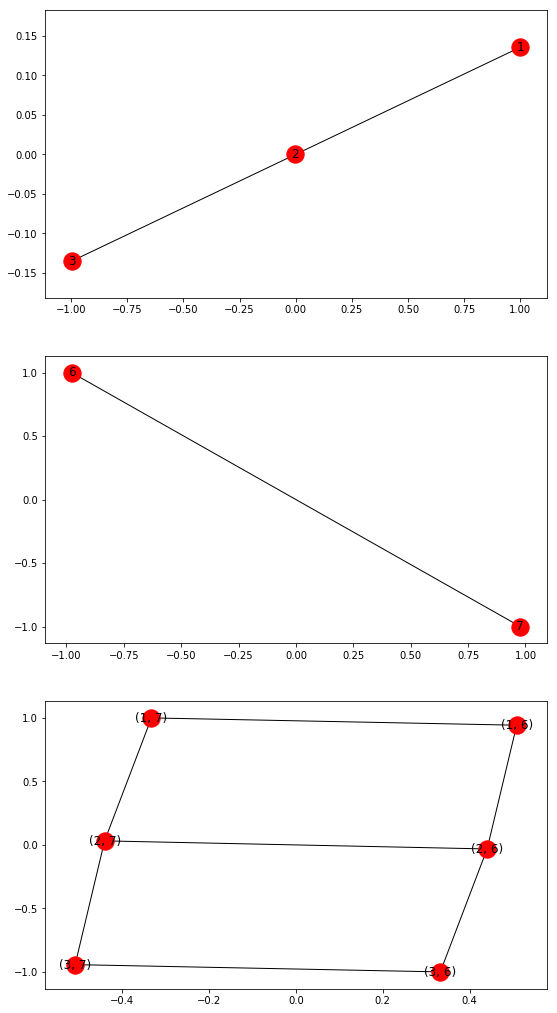 This representation clearly shows how the product of the first 2 graphs result in the third graph.

Given two graphs G and H, if they have no common nodes then the composition of the two of them will result in a single Graph with 2 connected components (assuming G and H are connected graphs). This is the same result that we will obtain if we use nx.union(G, H) or nx.disjoint_union(G, H).
But if G and H have common nodes the resultant composition of these two graphs will result in a single connected Graph in such a way that G and H are subgraphs of the new Graph. 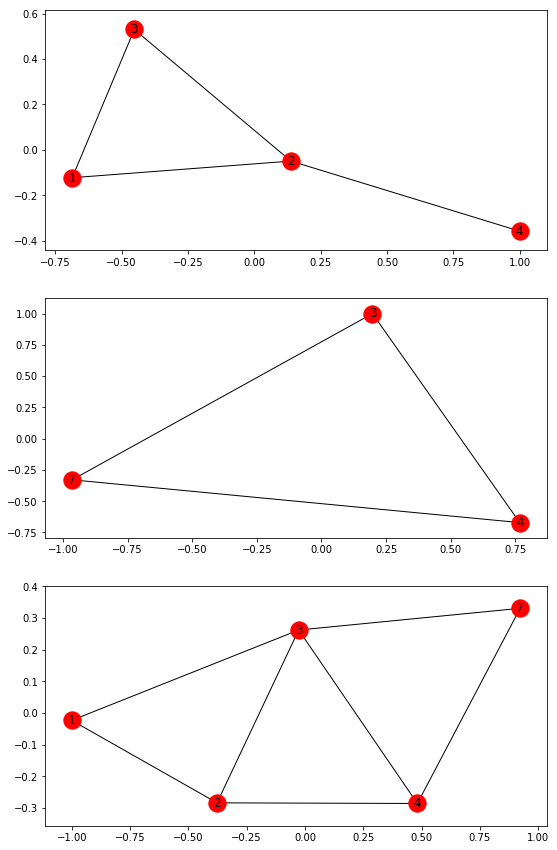 The diagrams clearly visualize how the first two graphs compose together to form the third Graph.

Complement of a Graph: 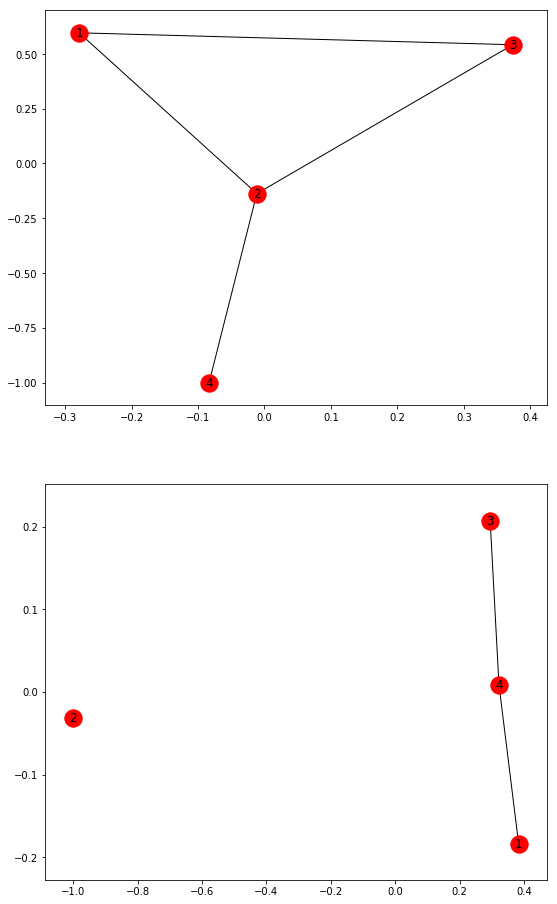 Given an undirected Graph G, this Networkx function will convert it to a Directed Graph by replacing its edges with 2-way Directed edges. 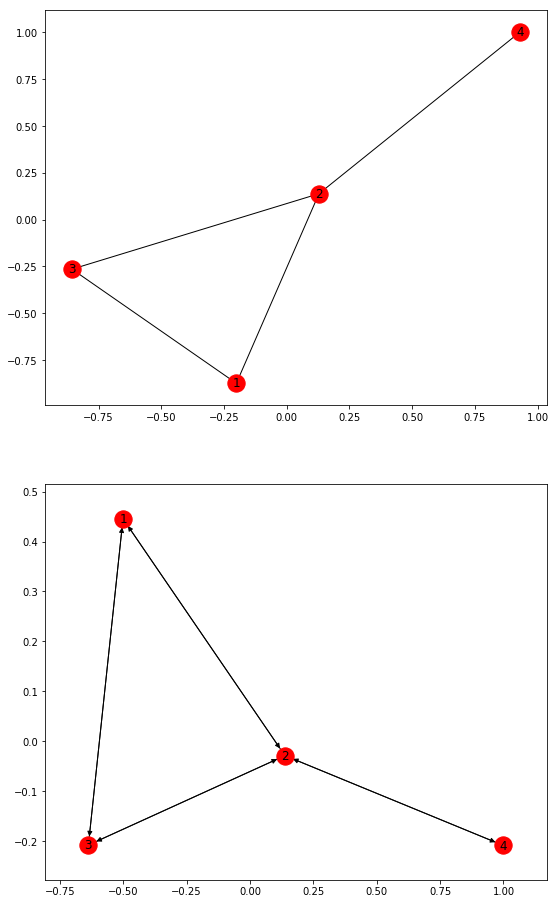 Given a Directed Graph G, this Networkx function will convert it to an Undirected graph by converting all its directed edges to undirected edges. If two edges exist between a pair of nodes with different attributes (weights, colour etc.), then only one edge is created with an arbitrary choice of which edge data to use. 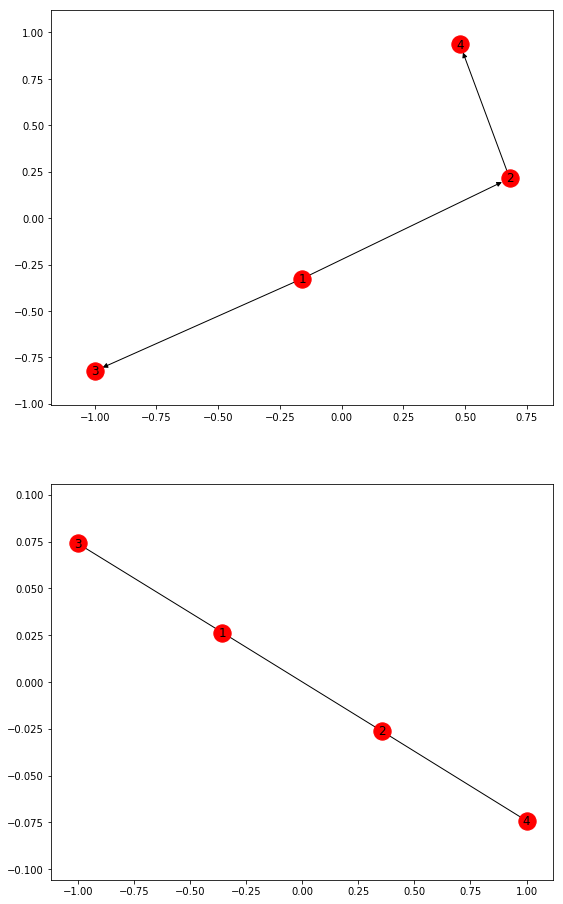 Now, we will discuss the various Special Graphs offered by Networkx module.

Petersen Graph: The Petersen graph is an undirected graph with 10 vertices and 15 edges. It is a small graph that serves as a useful example and counterexample for many problems in graph theory. 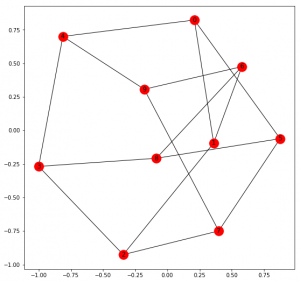 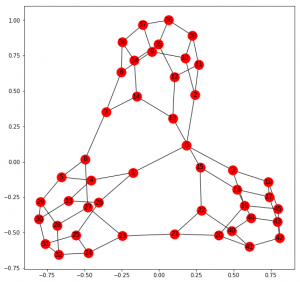 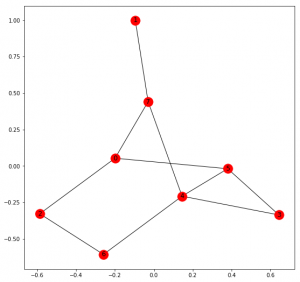 Tetrahedral Graph: This returns a complete Graph with four nodes which are in the shape of a tetrahedron. 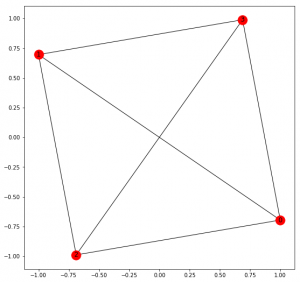 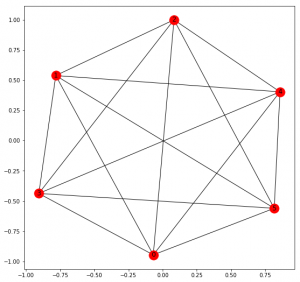 Complete Bipartite Graph: Given two numbers n and m, it returns a Graph with two sets of n and m nodes in such a way that a node of one set is connected to all the nodes of the other set but with no node of its own set. This type of Graph is known as Bipartite. 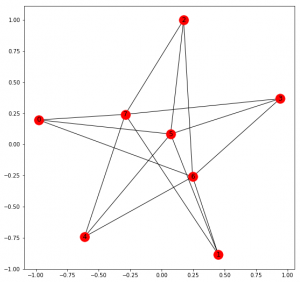 Barbell Graph: Given two parameters n and m, it returns a Graph with two cliques of n nodes which are connected via m nodes in between. 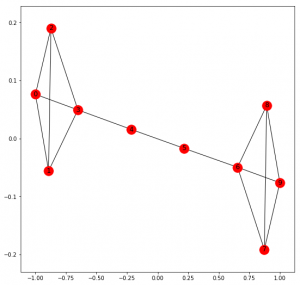 Lollipop Graph: Given two parameters n and m, it returns a Graph with a clique of n vertices connected to a path of m nodes. 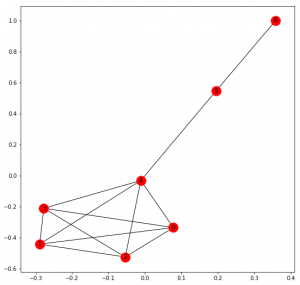 Erdos Renyi Graph: Given two parameters n and p, it returns a Graph with n nodes with a probability of p for selecting each edge. For further details, see this article. 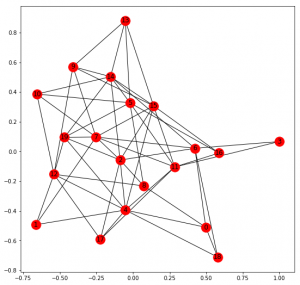 Watts Strogatz Graph: Given three parameters n, k and p, returns a Small World Network of n nodes each of which is connected to k nearest neighbors with a probability of p of rewiring each edge. 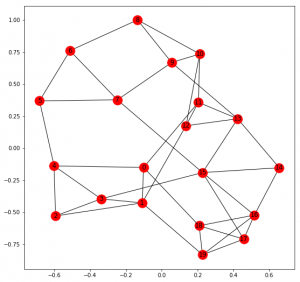 Barabasi Albert Graph: Given two parameters n and m, returns a Barabasi Albert preferential attachment graph with n nodes and m number of edges to attach from a new node to existing nodes. 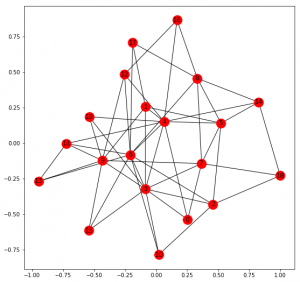 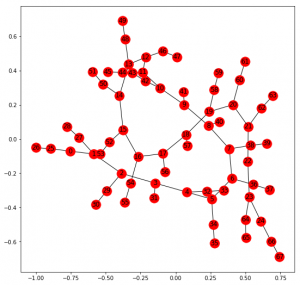