Android is a reliable, customizable, free, and widely used operating system. During the process of developing an android app, we make a lot of mistakes and most of them are common. That’s not the issue that we are making mistakes, but it is always a bigger issue than anything else if we are not learning something by doing a mistake. Learning from mistakes should be in our attitude as an android app developer.

Also, It is advisable by experts that we should not make the same mistake repeatedly. To doing so, we have to identify that mistake and after learning from it, we should try our best to not make that mistake again. That approach will be an overall development approach for ourselves. The first step is the identification that what we are doing wrong. In this article, we will know about the Top 11 most common mistakes that android developers make.

1. Fail to Use Data Binding Properly

Using data binding will help to remove the boilerplate code. With the help of Data Binding, we can implement whatever we like. It shortens our efforts, In fewer lines of the code, we can implement more objects and methods. It also provides us features that will help in testing our UI. Moreover, Data binding is something that should not be used too much, if you will try to do that so then your app size will definitely increase and your build process will also become heavier. This problem comes when you use it too much. Balancing everything is the key when using data binding.

2. Not Making the Proper use of Libraries

We are android developers, we are not robots that we need to code for something like a hell without understanding that we can achieve this thing in a simple manner by making the use of libraries provided by android or any other third party. For example, If we are making network calls to the server and we are not making use of any library then we have to code more, and it’s not making a point that we should waste our time by doing something which is already done by someone and kept the use for the public. There are many useful libraries are available in android. Following are some examples of them:

3. Poorly Making the Use Of Bit Maps

4. Not Meeting the User Expectation

A huge amount of android apps are published on the play store, the idea on which you are making your app. It’s obvious that someone has already implemented that idea. If you want to stand alone in the crowd then you should be focusing on fulfilling the expectation which your user has. For example, Good navigation, Better color combination, and proper use of android material design can be implemented.

5. Not Making the Use of Fragments

New android developers and some old ones also are not making the proper use of Fragments. They are using activity everywhere in the app. But the good practice is to use fragments on the app where you can use it. Fragments help us to change our UI components quickly and reduce the response time of the app.

Yaa, you read it right this is a Mistake. You know that android has introduced many new more components now and its increasing day by day. By using those components, your app development journey will be flexible and if you will try to stick to the older API versions then your developed application may be not good at all. You can make more scalable and user-friendly apps by using the new components and methods introduced by android which are not available in older API versions.

Making a secure application should be your prime responsibility. Don’t leave any data without encryption and also keep an eye on third-party libraries which you are using. Take your proper time for making the app secure. Removing security flaws and common vulnerability issues will lead you to create a more scalable android application.

9. Having a Fear From MotionLayout

MotionLayout is a more advanced layout introduced earlier by android. Motion Layout contains a mix of Property Animation Framework, Transition Manager, and CordinatorLayout. It’s introduced with capabilities as a complex transition and motion handling. Lots of android developers have a fear in mind from MotionLayout. But it is not that complex you can learn more about the MotionLayout and can implement it. Implementing the MotionLayout in your application will be a great experience for your users.

Not implementing MVP (Model View Presenter) in your application can lead to having some limitations in the development of your app. MVP Helps in Clear separation of responsibilities between components, modularity, easier testing, flexible maintainability, and extendability. In order to create better apps, you should make use of MVP. It will be helpful.

Doing some research is the one factor behind every successful application in the play store. Your research should contain the statistics of the need of your product, aspects of your business model, the core strength of your product, and more. You should also focus on the presence of your app on social media.

That’s all for this article, Instead of doing regular practices that you are making you should be focusing on what you are not doing correctly or what can be improved. For doing so, you will definitely get help from this article. 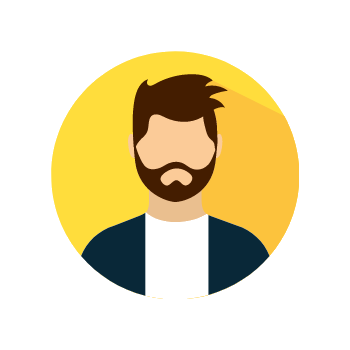