Weiler Atherton Polygon Clipping Algorithm is an algorithm made to allow clipping of even concave algorithms to be possible. Unlike Sutherland – Hodgman polygon clipping algorithm, this algorithm is able to clip concave polygons without leaving any residue behind.

1. Finding all the intersection points and grouping them
Here, let there be a polygon ABCD and another polygon VWXYZ. Let ABCD be the clipping polygon and let VWXYZ be the clipped polygon. 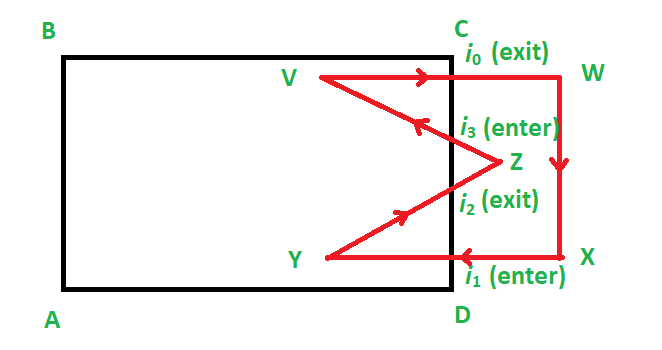 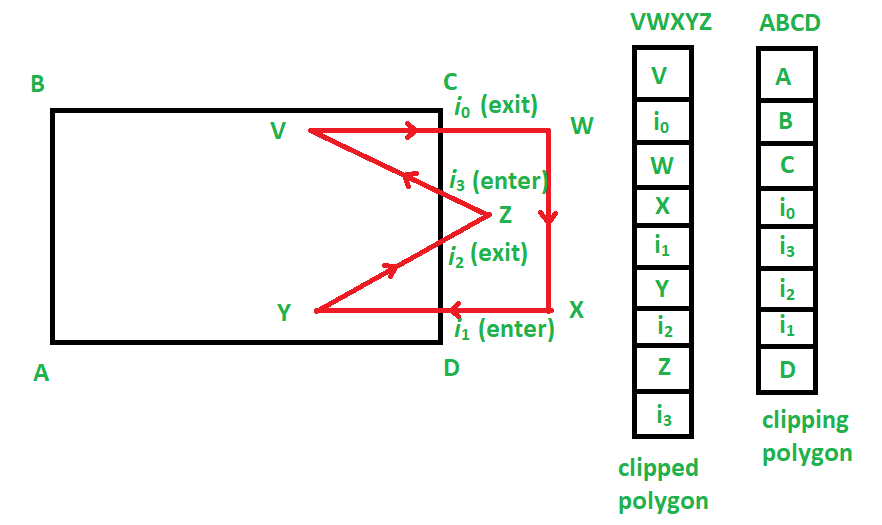 3. Running of the algorithm
We start at the clipped polygon’s list, i.e. VWXYZ.
Now, we find the first intersecting point that is entering. Hence we choose i1.
From here we begin the making of the list of vertices (or vector) to make a clipped sub-polygon. 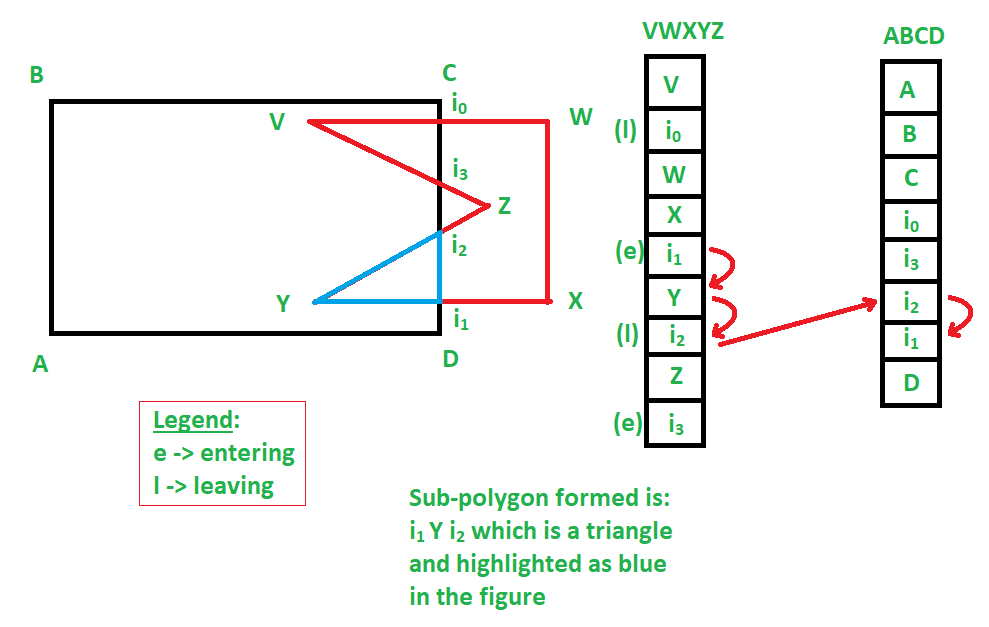 According to the given example, i1 Y i2 is a clipped sub-polygon.
Similarly, we get: 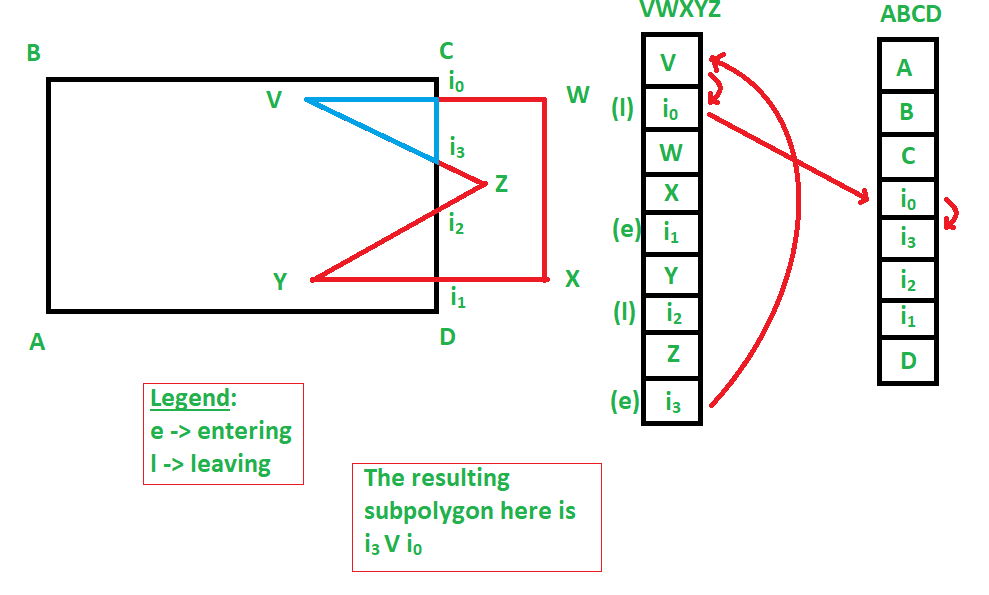 i0 V i3 as another sub-polygon also.

Hence, we were able to get two sub-polygons as a result of this polygon clipping, which involved a concave polygon, which resulted in: 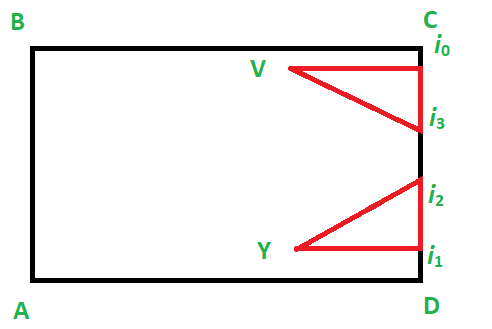 This polygon clipping algorithm does not work for self – intersecting polygons, although some methods have been proposed to be able to solve this issue also, and have successfully worked. 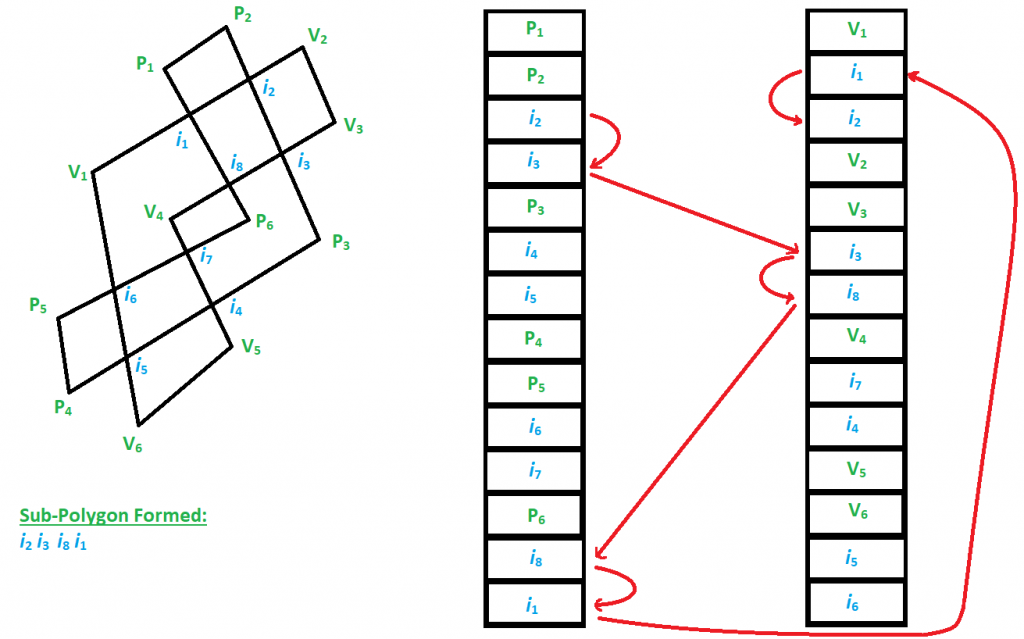 So, according to the algorithm, the first polygon to be formed will be i2 i3 i8 i1 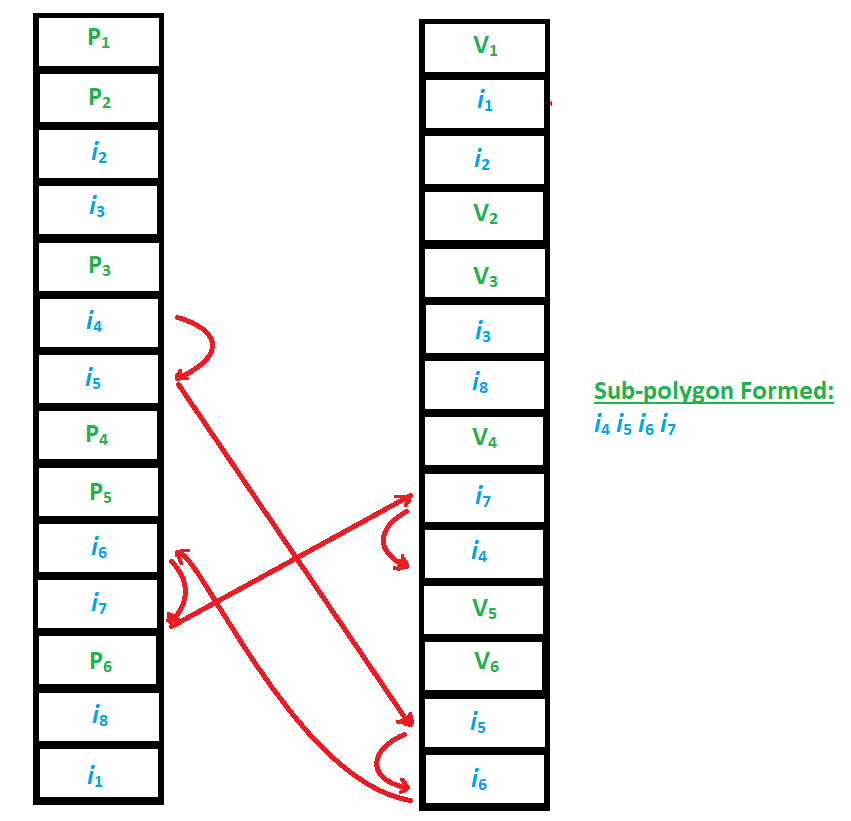 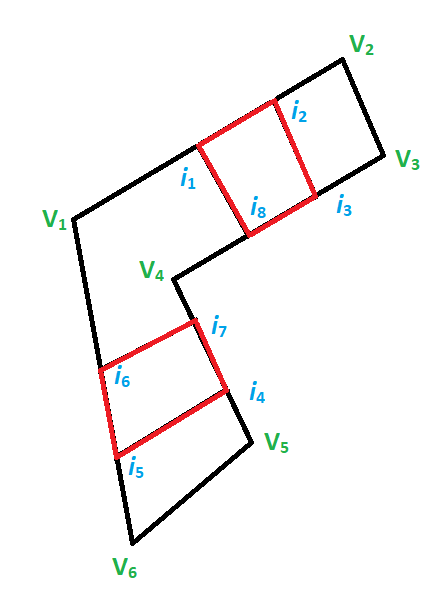